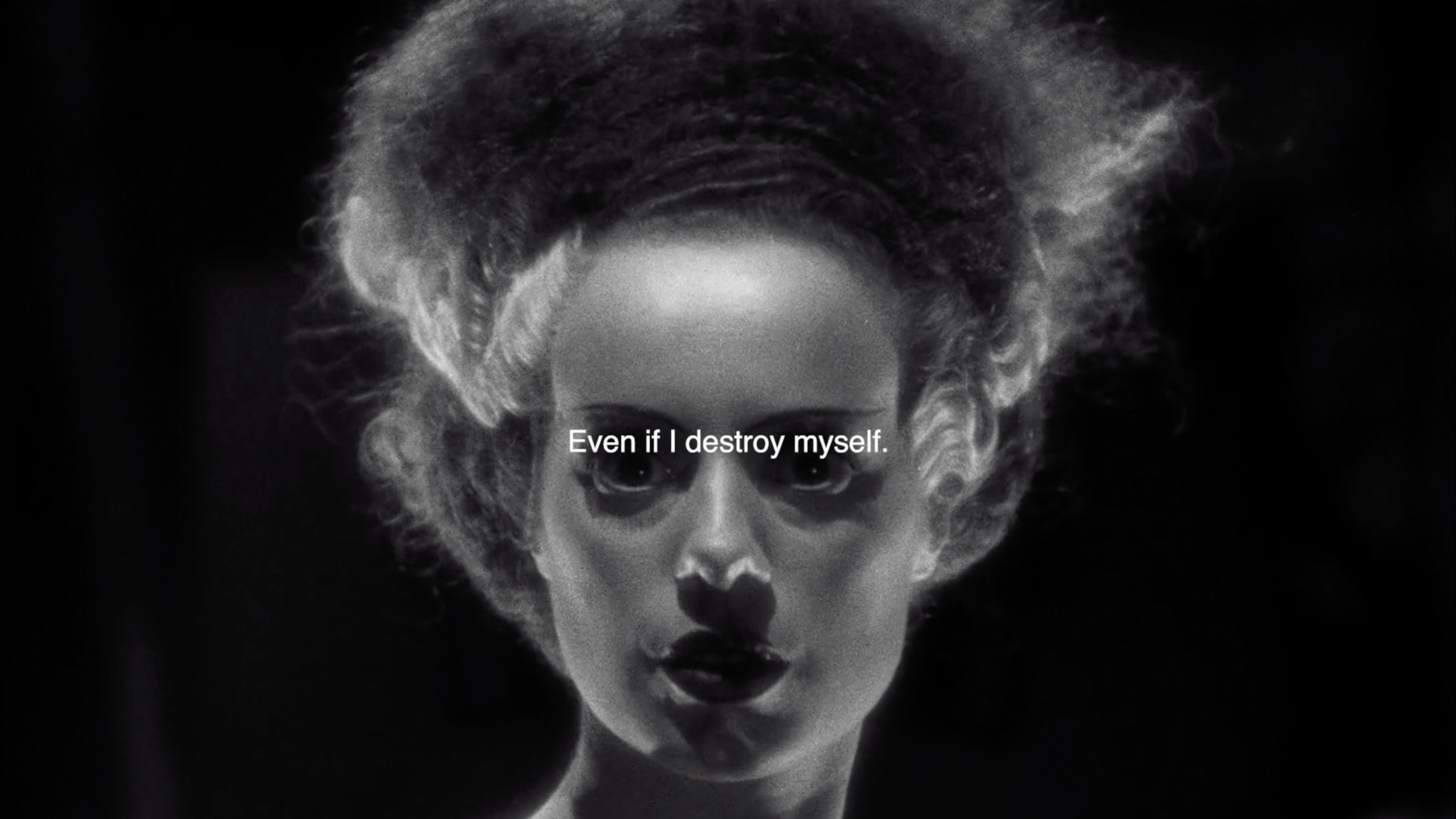 ‍
Silvia Kolbowski: A Few Howls Again presents film and photographic works by Argentine-born New York-based artist Silvia Kolbowski. Kolbowski’s research-based visual and textual practice addresses questions of temporality, historicization, political resistance, and the unconscious. In this exhibition, video, collage and installation work by the artist examine contemporary issues around political narrativization and power structures through historical figures and film history. This exhibition will create a space to nurture the multiple dialogues embedded in Kolbowski’s practice and explore its capacious ability to gesture outward to our present political moment. In collaboration with the artist, the curators have selected fragments from Kolbowski’s archive that frame both the broad and personal stakes of her work. As Kolbowski is also a prolific writer on art and politics, A Few Howls Again will extend into written word through the inclusion of selected texts.

The Booklet the curators created can be found here, it contains a selection of lists from the artists' archive.

*May 30
Online screening of Silvia Kolbowski’s 2008 video After Hiroshima Mon Amour, followed by a conversation between the artist and art historian Mignon Nixon.

The conversation between Silvia and Mignon can be viewed here.

“In the video work After Hiroshima Mon Amour, Kolbowski’s refracted re-interpretation of Alain Resnais and Marguerite Duras’s 1959 feature film Hiroshima Mon Amour, the continuum between eroticisim and violence is told dialogically by actors playing romantic couples, and through scenes of political abjection compiled from footage of the American invasion of Iraq and the effects of Hurricane Katrina in New Orleans. Kolbowski’s Hiroshima is a study of film’s capacity to move between the scale of the interpersonal and the seismically political. It addresses both the imaginative and political capacity of cinema and the limitations of our interactions with technologies of vision.”
-- Jared Quinton, Alexandra Symons Sutcliffe, Magdalyn Asimakis

*April 18
Online screening of Silvia Kolbowski's That Monster: An Allegory followed by a conversation between the artist and curator Jared Quinton.

The conversation between Silvia and Jared can be viewed here.

Silvia Kolbowski is a time-based media artist who addresses questions of historicization, political resistance, and the unconscious. The structures of spectatorship — psychical and political — are a central concern of all her projects. Her work has been exhibited in many contexts, including The Taipei Biennial, The Whitney Biennial, and The Hammer Museum.

Jared Quinton is a curator and critic based in Chicago. He has organized exhibitions at The Kitchen (New York), the Museum of Contemporary Art Chicago, and Terremoto La Postal (Mexico City), and his writing has appeared in BOMB, Artforum, and The Brooklyn Rail.

Alexandra Symons Sutcliffe is a writer and curator based between London and Berlin, her work is focused on performance, documentary and artist moving image. She has curated exhibitions and programmes at PS120 (Berlin), ESSEX STREET GALLERY (New York), the Whitney Museum of American Art (New York), The Kitchen (New York), Auto Italia (London), Jupiter Woods (London), Arcadia_Missa (London) and ma ma (Toronto). She is currently a PhD candidate at Birkbeck University, working on British portrait photography of the 1970s and 1980s.

Magdalyn Asimakis is a curator and writer. She has organized exhibitions and programs in Toronto and New York, and co-founded the project space and collective ma ma in 2018. Her writing has been published in art magazines such as Brooklyn Rail, Art Papers, Artforum and Canadian Art Magazine, as well as exhibition catalogues for the New Museum and SFMoMA. She is currently a PhD student at Queen's University where she is studying the display of global modernisms in museums.