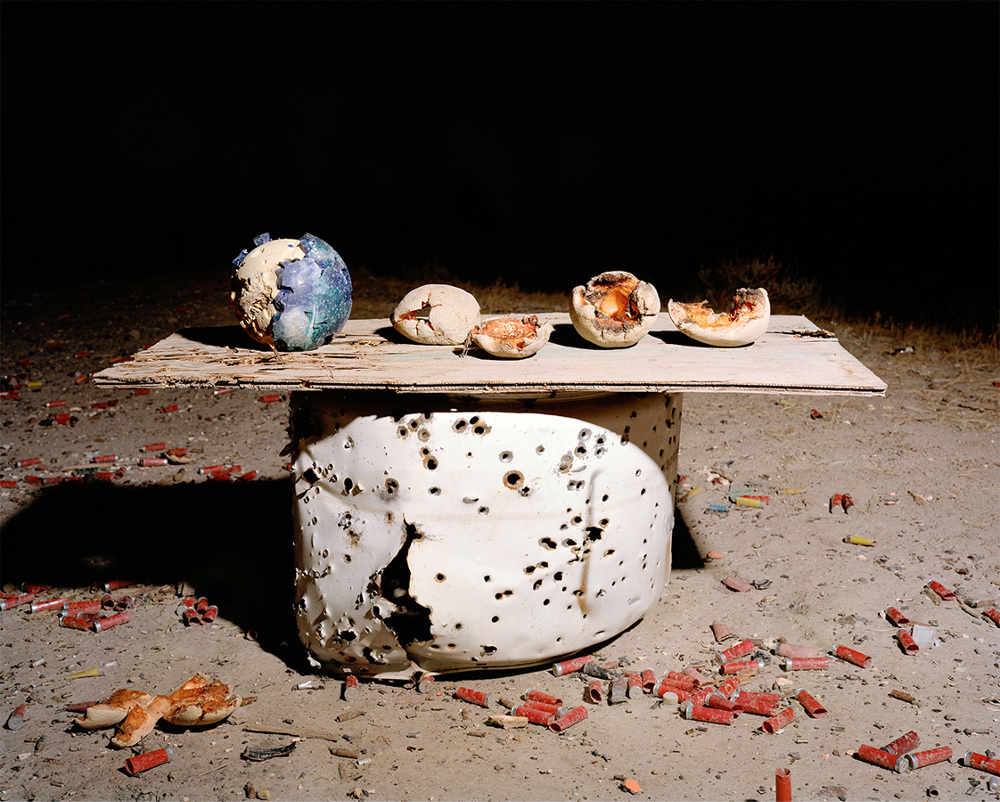 Jennifer Ray’s ongoing project In Range is a documentation of objects found at open shooting ranges in the United States - improvised targets that have been abandoned, leaving traces of their previous owners. The found objects are manipulated, treated as sculptural material, and photographed on-site in a manner that mimics in-studio photography. The choice of targets reveals a pleasure in destruction that Ray finds simultaneously disturbing and understandable. Her arrangements draw on the real as well as the implied, connecting the present to the historical trajectory of gun violence in the United States. By not photographing the shooters themselves, Ray seeks to look beyond matters of demographics, to the more fundamental reasons for the country’s obsession. Interested in how unresolved strains of fear, anger, inequality, and hatred undergird the preoccupation with guns, the artist’s photographs exude tension through the collapsing of aesthetics and implicit violence.