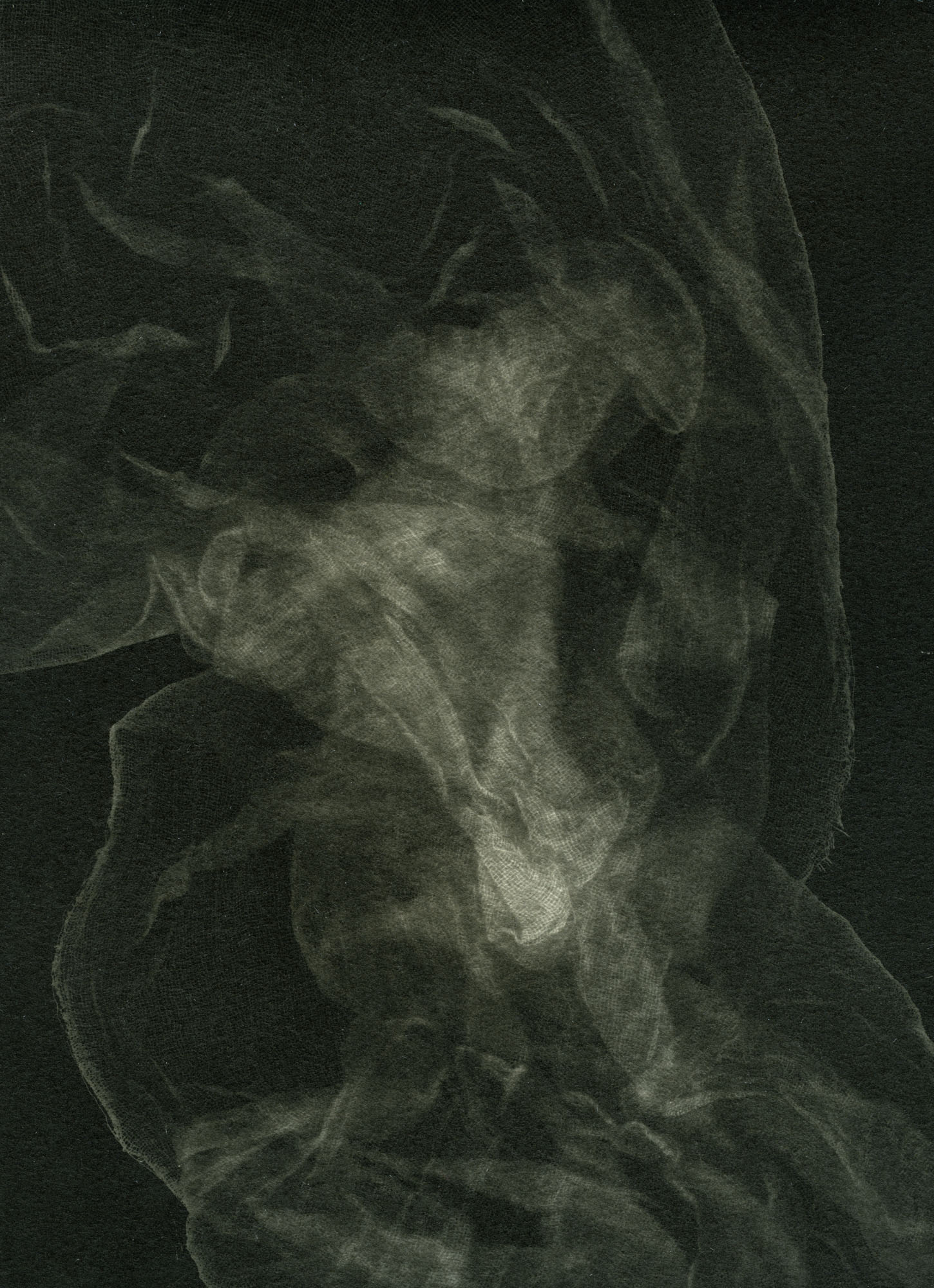 Light Gestures foregrounds the act of photography and its processes as a performative experience, where the image-maker rediscovers the self, using the stillness of darkroom processes and the tactile nature of the image as an art object. In 1994 Geoffrey Batchen addressed prior attempts in reinventing photography’s status as an art object and concluded, “Photography was accused from the beginning of taking the creative act out of human hands and consigning it to a machine. Hence the resistance to the acceptance of photographs as art objects.”* Batchen’s reflection on the Post-Photographic era implies, if nothing else, that photography is a complex phenomenon and deserving of constant questioning.

These three artists examine photography as it struggles to define itself in the Post-Photographic age. The imperfect, fragmented image yet again gains precedence as artists reinvent new ways of exploring historical processes, and further engaging in critical dialogue around contemporary photographic practices. The film renaissance as it is observed in the 21st century yet again emphasizes the artist's hand, reworking darkroom prints, manipulating light and chemistry; the pixelless and sometimes, cameraless image.

Richelle Forsey’s Impressions of Light on Film examines what constitutes a photograph in our post-internet culture. A response to the obsolescence of analog photography (and its materials) Forsey uses sheet film to directly capture impressions of light, creating a camera-less, abstracted image. Her practice explores the politics of media circulated images, image archives, and the commodification of images in the digital era.

Daniel He revisits the traditional process of image making as a way of exploring cultural and immigrant identity. His meditations on space and time mandates the viewer to slow down and reflect on these once forgotten historical processes. An ode to memory, nostalgia and placemaking, He’s fragmented collodion images explore the poetics of space and objecthood, searching for a sense of belonging through the meditative process of image making.