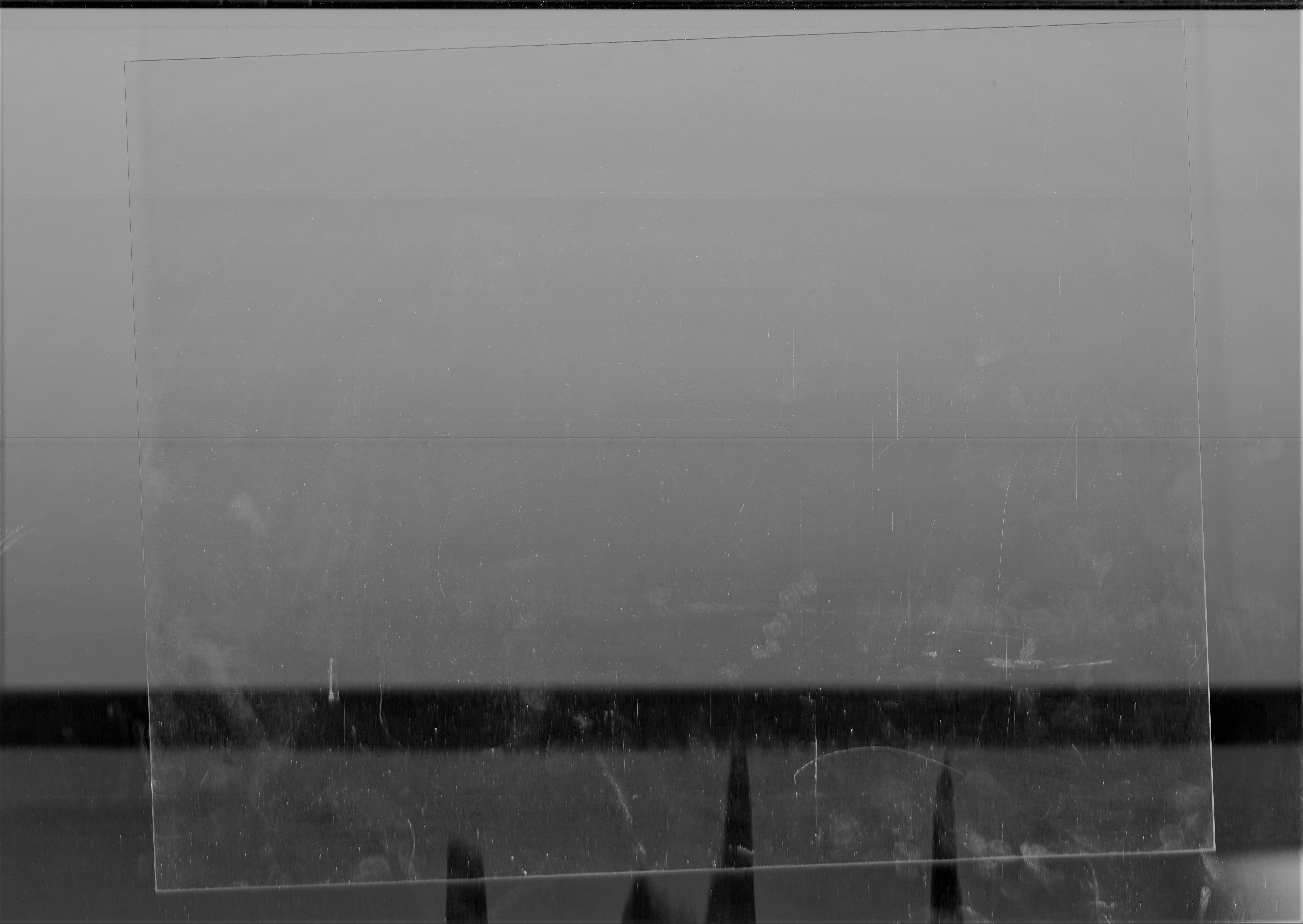 Instead of finishing this script about a dramedy on the materiality of glass, I distract myself by watching an online video of an unsuspecting someone walking into a glass-walled swimming pool enclosure. At this point, I talk myself into being trustful of myself. I talk myself into the idea that this aside I’m embarking on is in fact related, and will produce useful insights for the dramedy later on. I thought about writing some notes I could use to shape some of the characters but again, I talked myself into bookmarking the page instead because, “that will do just fine,” I said quietly to myself. The glass wall or maybe, more accurately, a beamless, frameless partition, stands upright roughly 12 feet high, twice the height of the average individual and certainly twice the height of this unsuspecting casualty. 12 feet is also the standard height for a wall you’d find in any modern commercial establishment. More specifically, walls for spaces like offices, washrooms or lunchrooms. This height is tall enough for tolerable air circulation within a given room, and the expected fluorescent light fixtures found in these sorts of environments would be high enough to illuminate without blinding. And in case there’s ever any need to move anything that height, there’s ample room for it. This piece of architecture in the video I watched, however, appears to be a health club or a fitness center, definitely some kind of a public recreational space. No, another watch at the video proposes otherwise. This space approximates more of a training center perhaps for high performance water polo players. This means it does not necessarily provide public access. But possibly, they allow limited access for local intermural meets during the off season when it is not in use. This might explain why the casualty in question is in this video to begin with. It was likely the off season at the time it was shot. They are fully clothed; jeans, sweater, and a light jacket. They weren’t intending to jump in. It must be autumn outside. They must be new to the center. They certainly didn’t expect this chemically inert barricade around the pool let alone its unspoken visibility.

I am now noticing the bottom stem of a tower divers might jump off of. It looks to have several jumping platforms for different levels of acrobatic tosses. This is not a pool center for only high performing water polo players. Although, I wonder how they divide up the schedule for the different sports. The camera angle doesn’t allow for a full view. But I’m positive I’ve seen this tower before from a wider screen with higher definition. Like the ones you’ll find at sports bars these days. I remember it from watching the coverage of the Olympic Games and the World Aquatics Championships on the Aquatics Sports channel. This pool certainly had the specs of a competitive swimming pool facility. It had 8 lanes and the alternating green, blue, and yellow colour-labeling for each lane.  I’d say this training center also hosts swimmers of all kinds; long course swimmers or sprint swimmers or synchronizers, at least I’d imagine they would.

This limpid edifice, akin to the ones that contour hockey rinks, run the parameter of the rectangular swimming pool. Or at least hinging on what the mind’s eye continues from the truncated view the video allows. Unlike the Plexi that encircles ice rinks, the supporting base of this transparent barrier is far lower and tiled--likely made of concrete and dug below-ground to reinforce its stature. The tiles are virtually colourless like the glass it holds in place. This adds to the same seamlessness our unsuspecting causality fell for. The seamlessness, you could say, is a qualitative design quirk that corresponds with the defining minimalism of the entire architecture. There’s no redundant space at the base of this glass partition to clutter with the corporate sponsorship ad graphics you’re inundated with at hockey arenas.  If your mental imagery, like my mental imagery, allows you to take liberties in creating an off-screen visualization, then at 164 feet or maybe more convenient, 50 meters on the long sides of the pool in the video—the standard length for a competitive swimming pool—our subject, the frameless glass enclosure, runs at an area of 1,350 square meters including its width of 25 meters. This geometric area doesn’t account for the pathway between the partition and the edges of the pool itself. This pathway is where the starting touchpads for swimmers are situated as well as where game officials sternly overlook performers often with their arms crossed behind them. Or in the case of water polo games, where referees signal to players, whistle, and occasionally issue a yellow or red card for fouls and penalties respectively. 1,350 square meters plus X-pathway square meters of flat glass fencing can paradoxically fade into invisibility even (or perhaps because of) due to its sheer size. At such a mass, and given its physical properties as a see-through material, it absorbs and camouflages into its surroundings. Light passes through unaffected. And so, for our unsuspecting casualty, there was no barrier. What was to be a barrier disappeared into the background and created an ambiance of itself. It became a piece of dull instrumental music wafting in the room. The kind you forget was ever playing. It only calls attention to itself if there’s a record scratch or when it’s turned off. Thus, perception becomes challenged upon contact.

As I replay this video, YouTube is certain it’s being helpful by endorsing me with variations for this same accidental contact event with glass…let’s take this time to retreat into a pause. I’d like to add that for the record and for this purpose, I have decided that I’ll be calling the “mishap” (collision) of mistaking glass for what looks like vacant space as a “contact event” i.e. a snap out of illusion or maybe, if you’re more cynical you might reply with: aka “reality check.” Funny enough, this same dramedy I'm writing about was interested in exploring the possibility of smashing hopes and dreams (mostly ideologically speaking).

As I scroll down, YouTube keeps probing me with: “How about this other one? This down here is even better. It is shot horizontally oriented and it’s less shaky so you can get a better and more satisfying picture. Or how about a supercut so you don’t have to keep clicking? Click once and just let it roll.” I hover my mouse’s icon over the thumbnail of the next video to preview what to expect. I’m sold and so I follow suite. Impulsive toddlers, Snapchat teens, beleaguered interns, tipsy soccer moms, and eager pets are all abruptly halted and repelled off the non-crystalline, amorphous solid. Like light travelling though the air only to ricochet off the surface at the same speed. The polite, seemingly invisible material jolts and prompts each of these bodies of its own bodily presence.

Let’s revisit the word “accidental” or by association, accident. An accident connotes something outside of, but linked to, what these contact events are. Accidents are tragedy and as much as suffering is often the outcome, it feels inaccurate to reduce the suffering of say the “accident” Google images thinks up—i.e. mostly to with vehicles and motorists—to the accident that occurs in these other Google search results to do with the contact events. YouTube doesn’t seem to link these contact events with the word accident. Rather, these events – at least in their recorded form – exist as bloopers of the everyday. An error during the performance of the ordinary which often results in yes, suffering mainly on the part of the performer but most importantly in this case, humor for the onlooker. And so—if you’d stay with me on this point—a blunder for what one sees (or “mis-sees”) as the unmediated "actual" or a "cleared passage" is in fact, worth the avalanche of memes and ha-ha-ha-ha-has in the comment sections. One commenter mclobsterroaster wrote: “I feel really seen” under one of these contact events. A quick smile came to my face as a nod to its dry cleverness. Within this comment, I imagine mclobsterroaster meaning to say, in other words, that the contact event is the story of their life. If glass’ impedance on our quotidian realities is a life story, then this is a brief story of heedlessness. This is also a brief story of realism.

A story of non-fiction.

A story of a true parallel.

A story of blending into the background.

A story of transparency.

A story of Windex.

A story of wipers blades.

A story of clarity.

A story of precise meaning.

A story of fluent translations.

This is a brief story of photography.

A story of streak-free glass.

A story of undetectable fictions.

I’m certain two hours has escaped me as I continue to convince myself of my trustworthiness to myself. I’m in a zombie-like stupor and beginning to feel dehydrated as I begin sliding into what I’d like to call here as a “psychedelic tilt”. The image-flow of glass’ disturbances on the unassuming pedestrian start to melt in my retina and they become liquid producing droplets.  At this moment, the thin sleet of dust I keep reminding myself to wipe up at a later time, reminds me again. It then occurs to me that I too am viewing though my own sheet of glass from my 13" LG duo processor laptop computer monitor. I now glance at my eighth generation iPhone which is equipped with the sixth generation of the famous Gorilla Glass. Initially introduced in 2007 during a press seminar, the late Apple CEO Steve Jobs would present to the world a touchscreen multipurpose mobile phone fortified by the strength of Gorilla Glass.  This allowed users multi-touch selections including pinching to zoom and swiping. Corporal gestures sublimated into the virtual underneath the glass. The introduction of the Apple iPhone contributed greatly to the steady rise and ubiquity of touchscreen interfaces coinciding with the proliferation and accessibility to images. Images through glass. Glass that continues to be developed into thinner panes each year. Only announcing its existence when it falls and shatters. I briefly wonder and shrug off the idea that only a few of these contact events are without any unrehearsed accidents.

You see, glass, like a photograph, first eases us into its literal space. We only see through it rather than at it. It as an actor, an agent, and a substance. What we see instead is the glistening settled pool of water behind it. We are allured. There isn’t enough glare to disturb the view it supplies and so we collide into its discreet, smooth, squeaky clean surface. Before we become aware of it thingness, it’s too late.