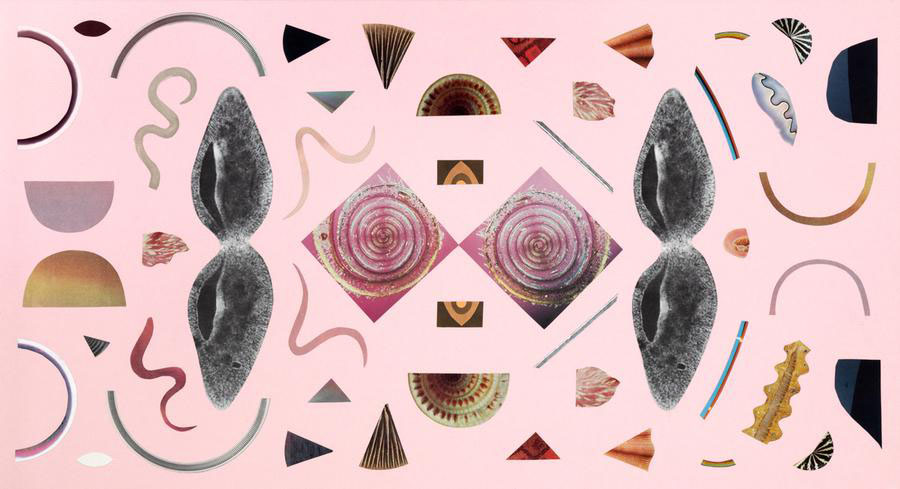 A maze of collapsing lines

View the project at collapsinglines.ca

As you are falling, your sense of orientation may start to play additional tricks on you. The horizon quivers in a maze of collapsing lines and you may lose any sense of above and below, of before and after, of yourself and your boundaries.1

On the occasion of Gallery 44’s 40th Anniversary, we are proud to present A maze of collapsing lines, a hybrid online exhibition and publication. Comprised of five chapters, each will feature contemporary lens-based work by artists from different regions of Canada, and associated programming.

In bringing this project together, we have been thinking about and questioning our notion of networks: the proverbial geometries that bind us as practitioners, researchers, professionals, and advocates working in image and artist-run cultures. At the time of their inception, artist-run centers in Canada represented a network of radical and self-determined spaces – a national constellation of brick-and-mortar galleries and studios that existed for the purpose of furthering artistic practice, experimentation, education, discourse and presentation. Four decades later, our network identity is certainly less radical, but also perhaps, less clear.

However, we have come to this state of unknowing ourselves honestly. Aside from shifting administrative models and funding landscapes, in the present moment, notions of relational identity, belonging, and the ways we interact with and see one another have become increasingly slippery and unfixed. Analogous to this is artist, writer and thinker, Hito Steyerl’s unpacking of linear perspective. Now outdated and dysfunctional for “its stable and single point of view”2 she describes that this former mode of seeing has been supplanted by “multiple perspectives, overlapping windows, distorted flight lines, and divergent vanishing points.”3 In reaction to this sense of groundlessness, Steyerl proposes that we are falling, stating that:

falling does not only mean falling apart, it can also mean a new certainty falling into  place. Grappling with crumbling futures that propel us backwards onto an agonizing  present, we may realize that the place we are falling toward is no longer grounded, nor is  it stable. It promises no community, but a shifting formation.4

Using Steyerl’s observations as a point of departure, this digital publication considers shifting notions of geographical and virtual spaces, perceived sensations of groundlessness, and how a gallery rooted in lens-based imagery can use the web to expand dialogues on contemporary image culture and artist-run platforms.

This project’s title conjures imagery of lines in a state of collapse, indicating multiple ways of moving and seeing. Our approach marks an intentional departure from the way we usually work in the gallery context – a departure from that which is spatially, temporally and logically linear. To navigate this, we have employed a horizontal aesthetic to counter the hierarchical ways of thinking that have been foundational to the colonial legacies of linear perspective, our relationship to the land, and the internet as a platform. Each chapter compliments this premise by scrolling horizontally in reference to lateral thinking, collaboration, and to espouse connections between that which is both geographically and conceptually disparate.

In the indeterminate space that many artist-run cultures inhabit, how can we leverage our networks to build conversations that are less reliant on singular, locative, physical containers? The digital nature of this publication allows us to extend our reach, regardless of situated geography, while accompanying site-specific programming puts multiple locations in conversation with one another. We hope this project will serve to expand the networks between artist-run centers and their communities while considering the productivity and equality of free fall.

1 Hito Steyerl, “In Free Fall: A Thought Experiment on Vertical Perspective,” The Wretched of the Screen (Berlin: Sternberg Press, 2012), 13.