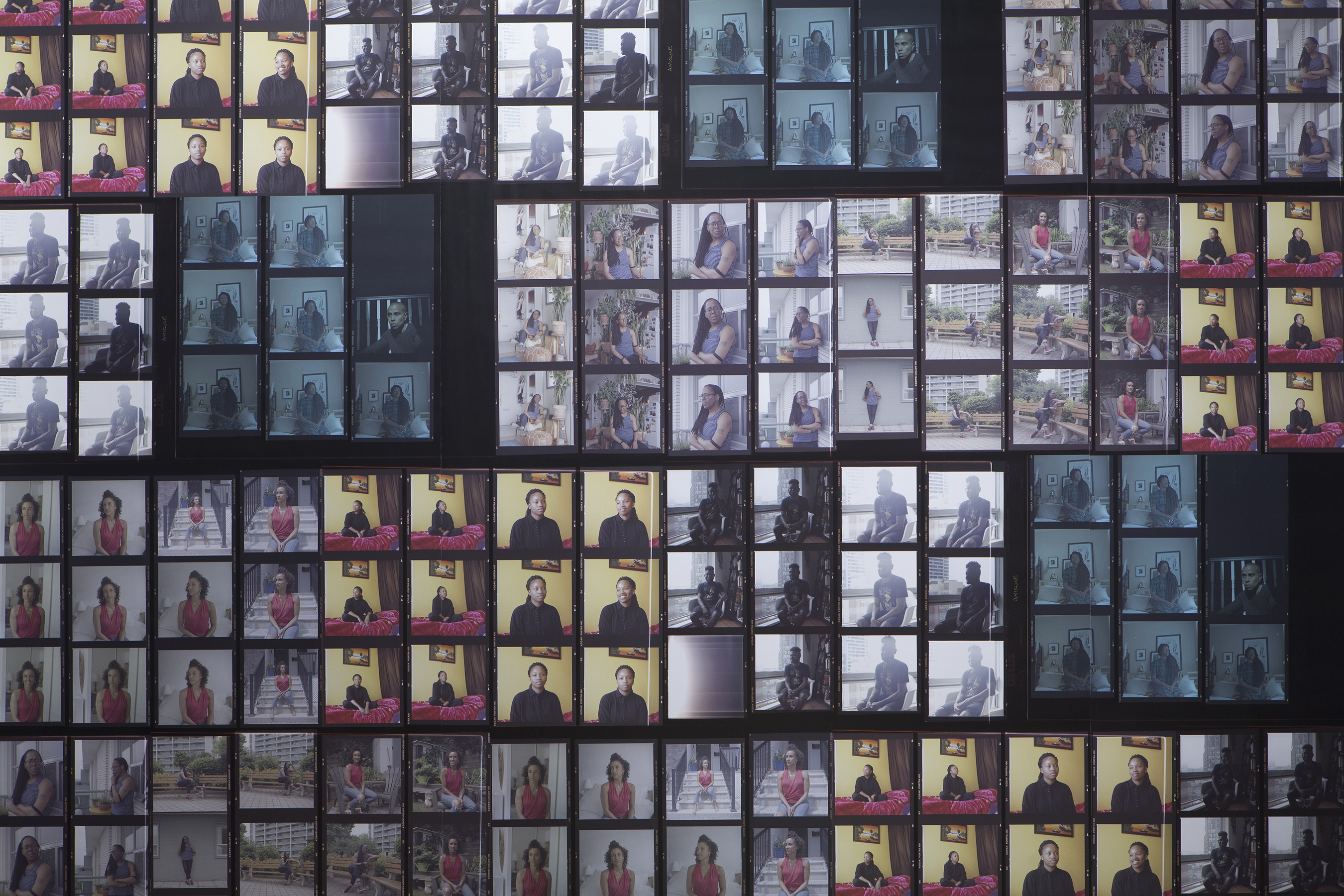 Field of Vision: Michèle Pearson Clarke - A Dark Horse in Low Light: Black Visuality and the Aesthetics of Analogue Photography

“Considering photography’s problematic historical relationship with issues of race and representation, the contemporary black artist is always already facing the paradox of how to create photographic representations using a tool long complicit in our oppression. Emerging as an analogue technology in the early 19th century, photography did not so much record the reality of blackness, but rather signified and constructed ways of seeing it as deviant and other. Any possibilities of where and how blackness might be seen were further constricted by the technological biases long inherent in film chemistry and processing procedures.

Yet, while fully acknowledging the limitations of analogue photography as a tool of representation, many photographers continue to purposefully deploy it in the production of meaningful and compelling images that convey the embodied intimacies and emotional realities of black people. As I conclude my yearlong residency at Gallery 44, in this presentation I will reflect on the issue that has preoccupied me: primarily the relationship between analogue techniques, affect and black visuality. Despite its constraints, I am persuaded that analogue photography facilitates the visual documentation of black experience rather than of black indexicality; certainly, I would argue that this remains impossible to see, if indeed it exists at all.” –Michèle Pearson Clarke

This year's theme, Representation and Visibility, looks at how photography, as a mode of self-address, can act as a marker of perseverance and a tool to confront structural inequalities.

Listen to the podcast »

A Welcome Weight On My Body