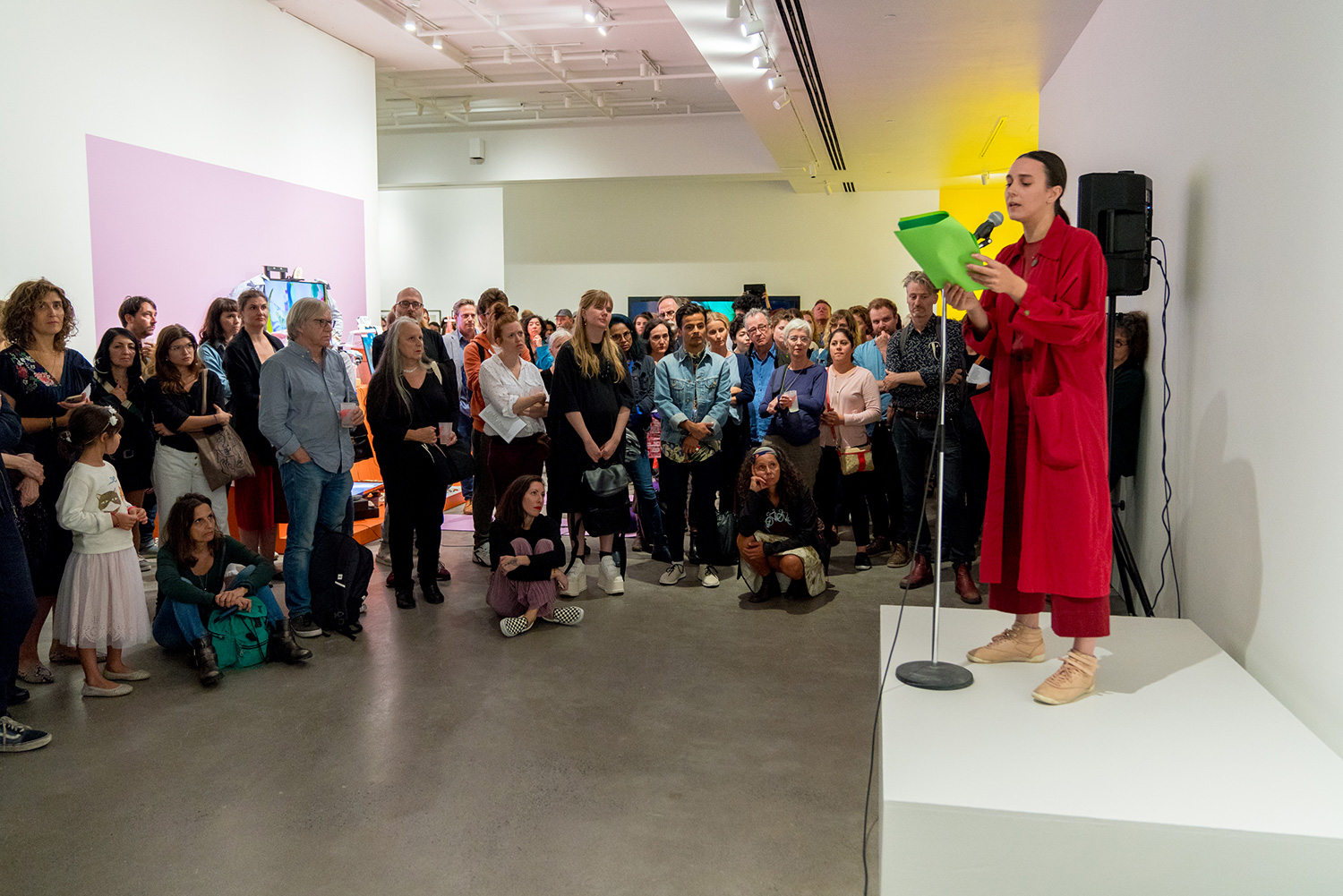 Join us on November 1st at 7pm for a performance by Maryse Larivière, where she will read the entirety of her epistolary novel Orgazing.

This performance is presented in conjunction with Maryse Larivière’s solo exhibition "Under the Cave of Winds".

Maryse Larivière’s "Under the Cave of Winds" explores the sinuous paths of feminine desire, the wandering fluxes of nature and culture, and the concerted and agential relationship between mind and body. The exhibition is centered around a silent black and white 16mm film that chronicles the tribulations of a fictional female protagonist. She is an artist, scholar, and whistleblower held in captivity on a remote island made up of austere geological formations. Her confinement is for initiating a new trend in research – one where knowledge production transgresses beyond linguistics and graphicism to become pure sound: telepathic singing.

Under the Cave of Winds