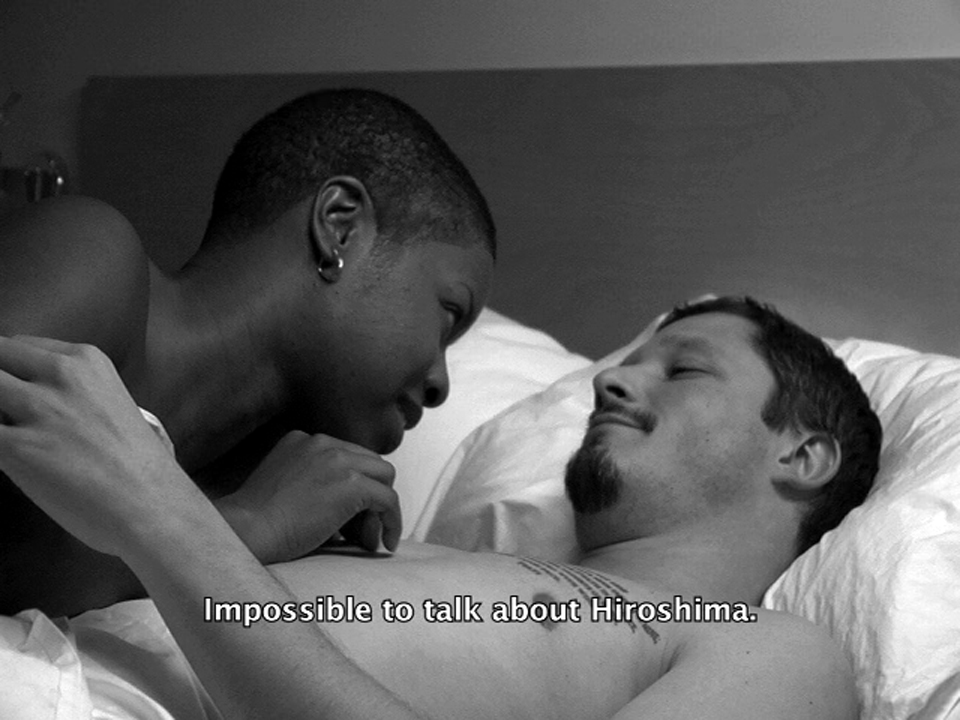 Online screening of Silvia Kolbowski's 2008 video After Hiroshima Mon Amour, followed by a conversation between the artist and art historian Mignon Nixon.

The conversation between Silvia and Mignon can be viewed here.

"In the video work After Hiroshima Mon Amour, Kolbowski's refracted re-interpretation of Alain Resnais and Marguerite Duras's 1959 feature film Hiroshima Mon Amour, the continuum between eroticism and violence is told dialogically by actors playing romantic couples, and through scenes of political abjection compiled from footage of the American invasion of Iraq and the effects of Hurricane Katrina in New Orleans. Kolbowski's Hiroshima is a study of film's capacity to move between the scale of the interpersonal and the seismically political. It addresses both the imaginative and political capacity of cinema and the limitations of our interactions with technologies of vision." — Jared Quinton, Alexandra Symons Sutcliffe, Magdalyn Asimakis.