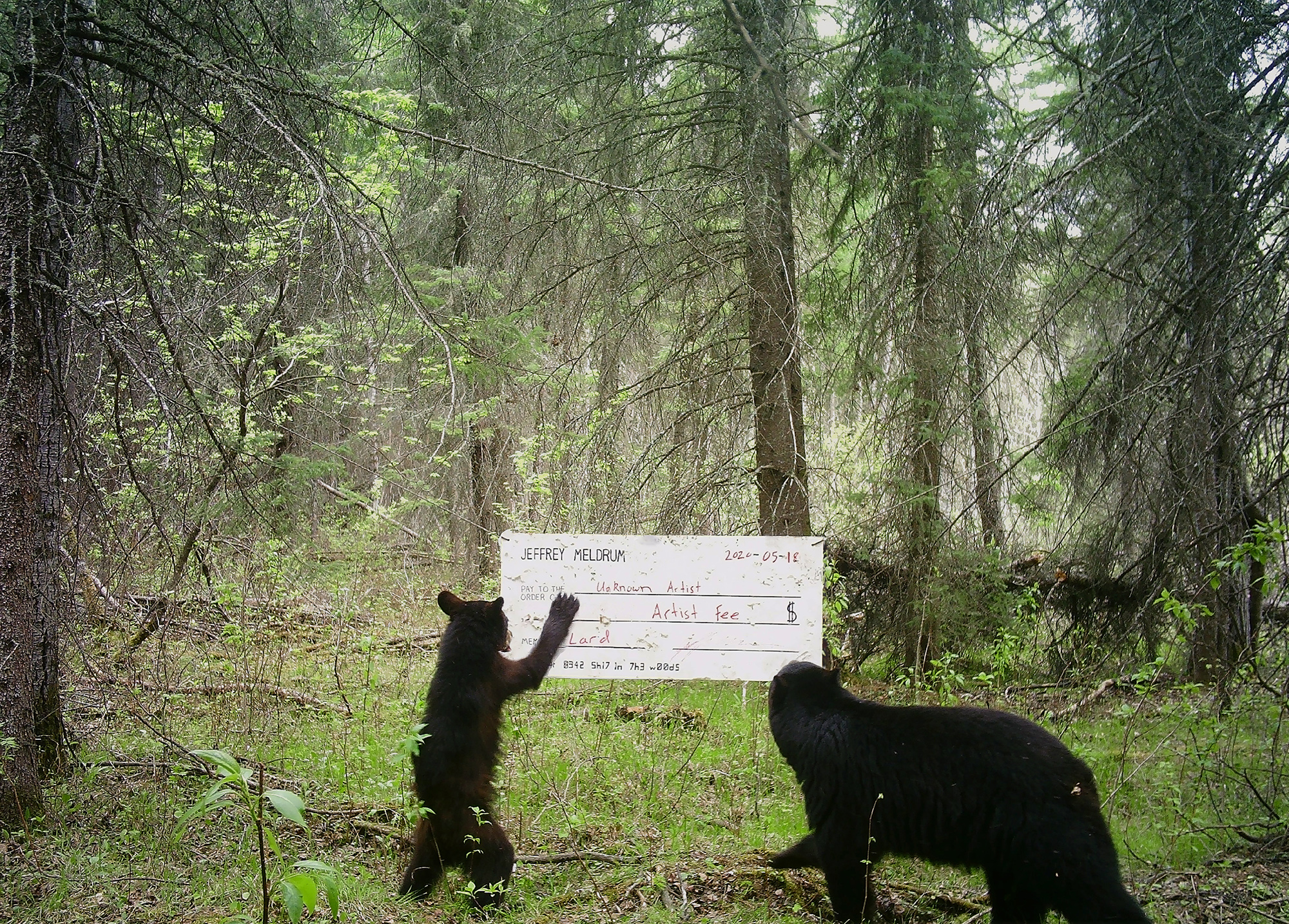 Art for Animals features several photographs of so-called wild animals interacting with Jeff Meldrum’s sculptural interventions in the forest. The series reflects Meldrum’s constant journey to establish relationships of care between himself and the animals in the northern region of Saskatchewan. Encompassing gestures of controlled burning, trail cutting and keeping invasive species at bay, Meldrum attempts to make art on the land to arouse the curiosity of the forest animals, facilitate cross-species connection and learn from the animals who call that region home.

Jeff Meldrum is a builder, creator, musician and occasional wilderness dweller whose work within the visual art world often uses satire to diminish the self-congratulatory preeminence of the human species, its innumerable grand experiments and the mythologies it constructs. Meldrum works through an intermedia lens, engaging with photography, sculpture and performance. Living and working in Treaty 4 and 6 Territory in Saskatchewan has instilled in him a strong connection to the land, which has prompted inquiries into animal-human relationships, wild animal cognition and the masculinity present in wilderness/hunting culture.