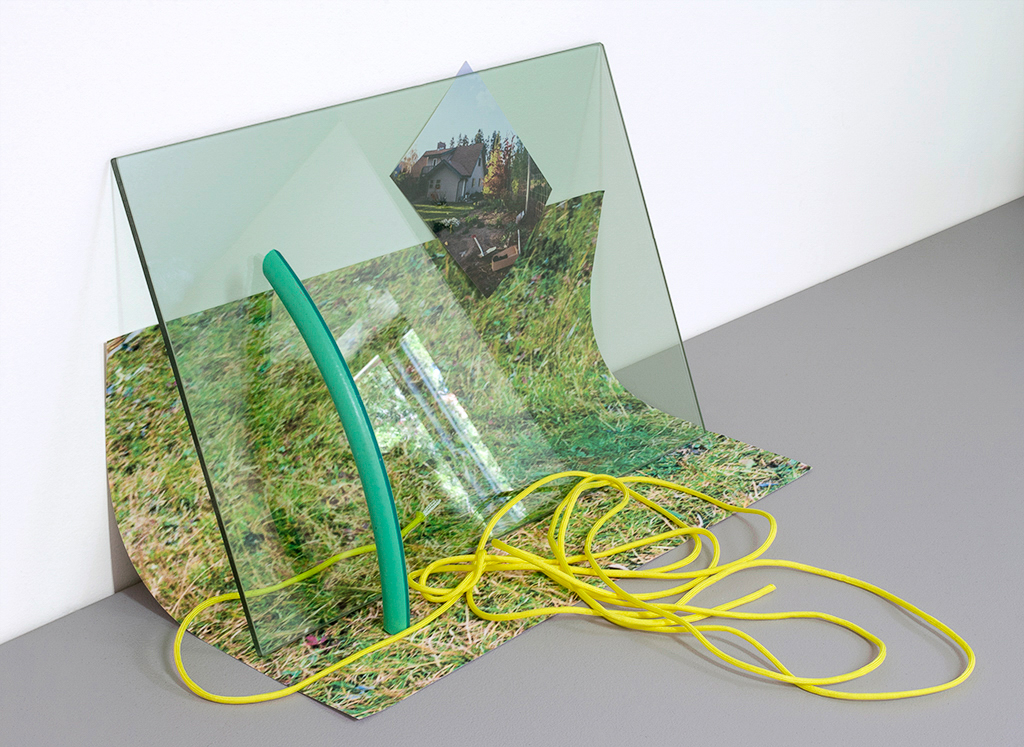 Proof is Gallery 44’s annual exhibition of photo-based work by Canadian emerging artists reflecting a range of current concerns and practices in contemporary photography from across the country. Proof is often one of the first exhibitions in a professional context for an emerging artist as was the case for artists such as Karin Bubas, Janieta Eyre, Isabelle Hayeur, Germaine Koh, Laurie Kang, Nicholas Pye, Althea Thauberger, and Andrew Wright.

Amber Williams-King is a multi-disciplinary Antiguan artist living and practicing in Toronto, Canada. Working in a variety of mediums including photography, collage, printmaking and animation, she sees mixed media as a way of acknowledging the multiplicity and fluidity of being. This self-taught practice seeks to challenge notions of a monolithic Black experience; exploring sexuality, gender, race, representation and the intersections of identity. She uses found texts and images to interrogate socio-political landscapes in an effort to excavate new possibilities and future imaginings. Much of this work starts from a deeply intimate place drawing from Amber's experiences as a Black queer femme living with chronic illness in a world that says she should not exist; she exists through her artistic envisioning. Amber has exhibited in spaces across Toronto including the Art Gallery of Ontario and has upcoming exhibitions in Montreal and Brazil.

Ash Moniz (1992) is a multi-disciplinary artist based between Cairo and Beijing. Moniz has shown with galleries and museums internationally, such as  Kunsthal Aarhus (Aarhus), Sishang Museum (Beijing), Minsheng Museum (Shanghai), Birch Contemporary (Toronto),  Le Cube (Rabat), Pari Nadimi Gallery (Toronto). Moniz holds a BFA from OCAD University (Toronto, 2014), had participated in the Mass Alexandria Independent Studio Program in (Alexandria, 2016), and is currently a member of the artist collective ADL. He was the assistant curator of the AMNUA Museum in Nanjing in 2013/14, the director of the Boxes| Zones Quarters mobile residency/exhibition in Casablanca in 2014, and co-organized “No Gate Gallery”, a DIY artist-run-centre in Beijing, 2015/16. Moniz is currently a contributing editor to Mada Masr, an Egyptian online magazine and has an upcoming solo exhibition at the Townhouse Gallery in Cairo.

Catherine Canac-Marquis is an emerging photographer and visual artist from Quebec City. Her work addresses the notion of isolation, focusing on the concept of insularity and themes that relate to isolated communities and territories. She has background in graphic design from UQÀM (Université du Québec à Montréal) and she is in the midst of completing a BFA in Photography at Concordia University in Montreal (Spring 2017). Her work has been featured in several exhibitions within the provinces of Quebec and Ontario, and has been published both nationally and abroad. In 2016, she was a recipient of the AIMIA | AGO Photography Prize Scholarship Program in Canada, and from September 2017, she will be artist-in-residence at SÍM Residency in Reykjavík, Iceland.

Emily Geen is a Victoria based visual artist working with photographic sculpture and installation, as well as video. Originally from Lake Country, BC, Emily completed her BFA at the University of British Columbia Okanagan (2012), followed by her MFA at the University of Victoria (2015). Her work has been shown in solo and group exhibitions throughout BC & Alberta. She has recently been included in several group shows in Vancouver, including INDEX 2016 at Gallery 295 and the inaugural Lind Prize Exhibition curated by Presentation House Gallery as a part of Capture Photography Festival. In 2016 Emily attended the Banff Centre for a residency exploring notions of new materiality. In 2017 she will participate in a residency at MOMENTUM Worldwide in Berlin, Germany, supported by a BC Arts Council Early Career Development Grant. She currently teaches photography sessionally at the University of Victoria.

Lodoe Laura is a multidisciplinary artist living and working in Toronto, Canada. Through photography, installation, performance, and video, she examines themes of cultural crossover, collective memory, and the intersection of cultural and political practice. Lodoe Laura was a recipient of a Magnum Photo scholarship in 2015, and holds a BFA in Photography from Ryerson University's School of Image Arts. She is a recipient of the AIMIA | AGO Scholarship Prize, and most recently was a winner of The Magenta Foundation's 2016 Flash Forward Award. 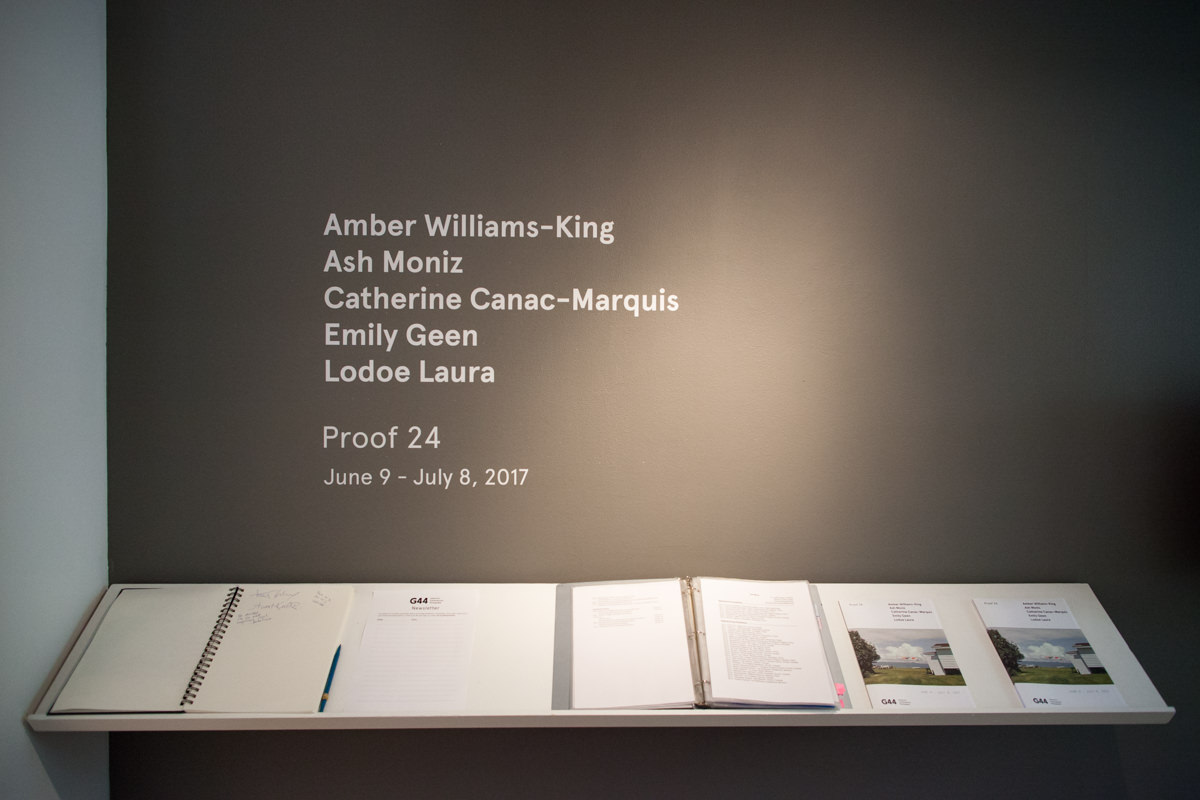 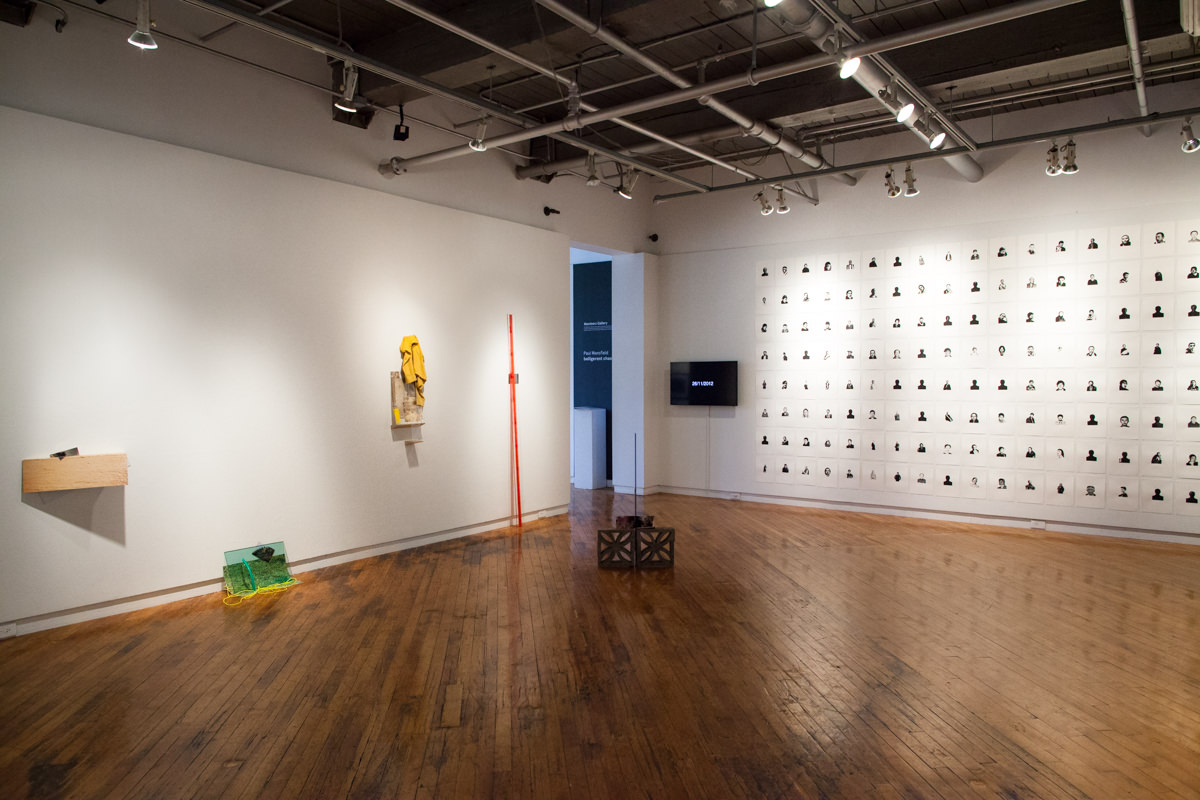 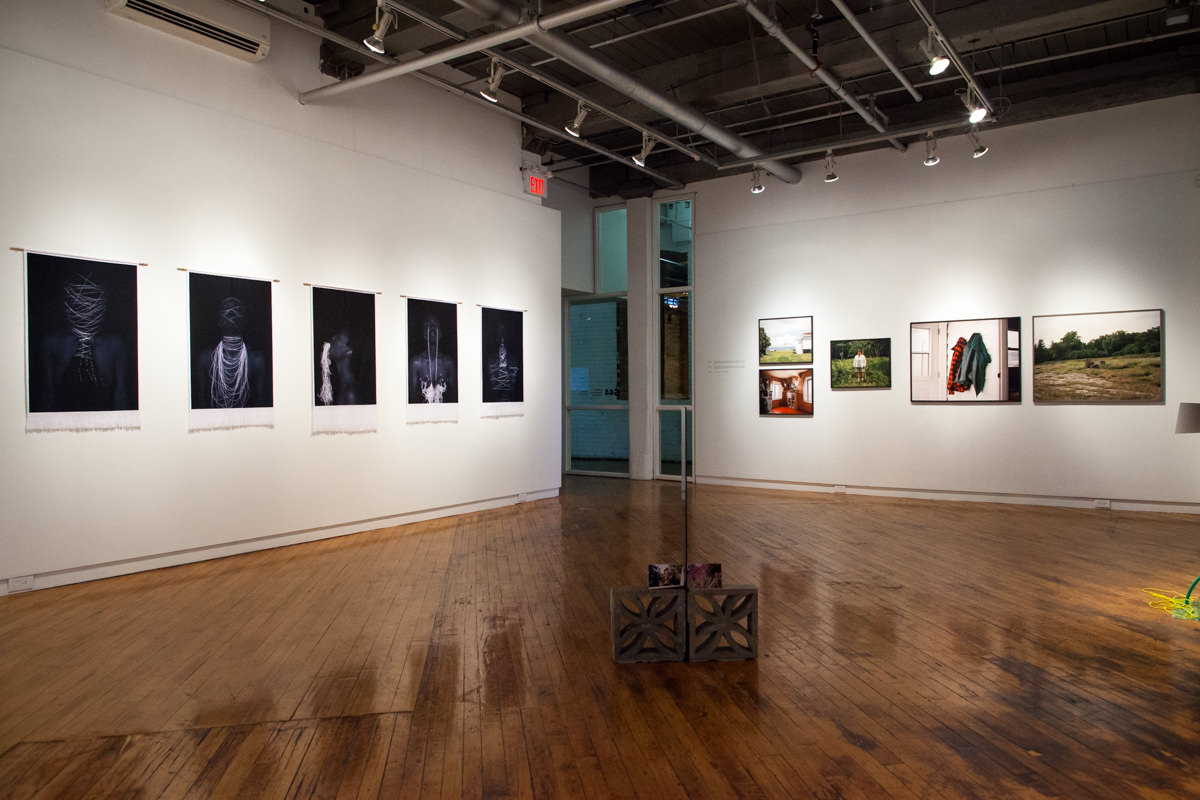 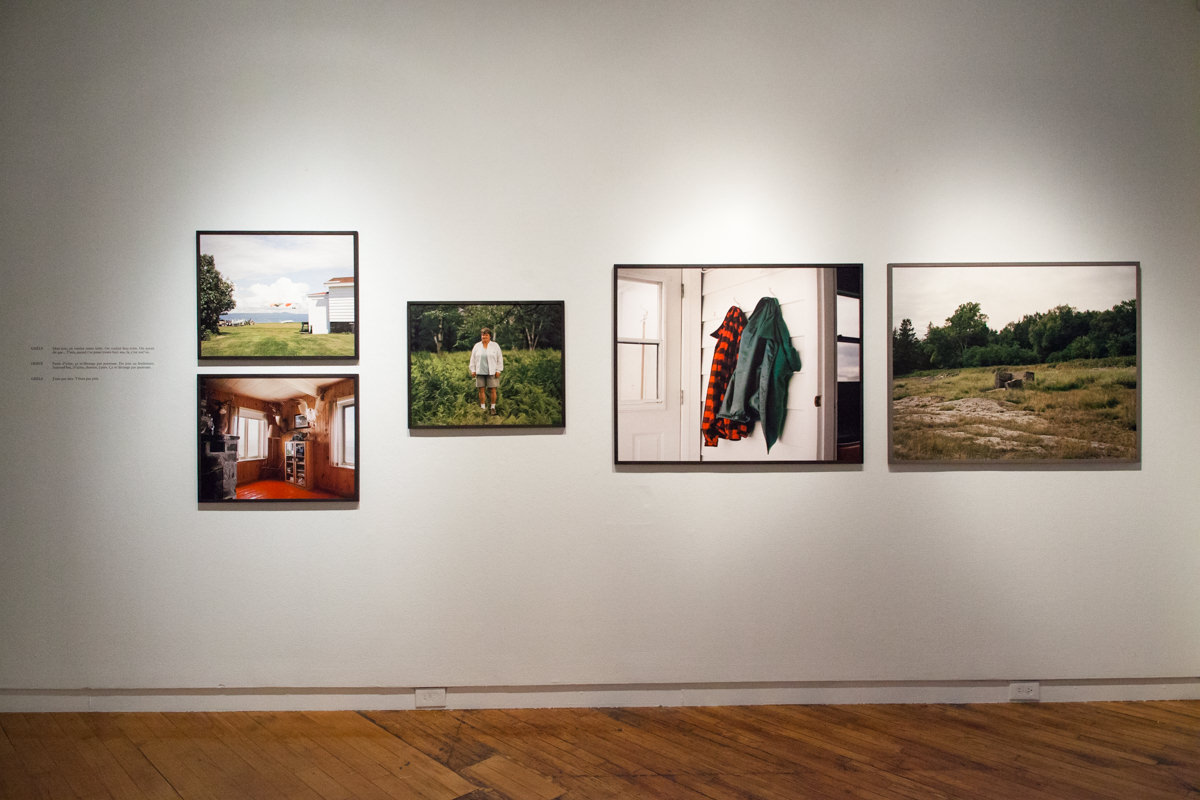 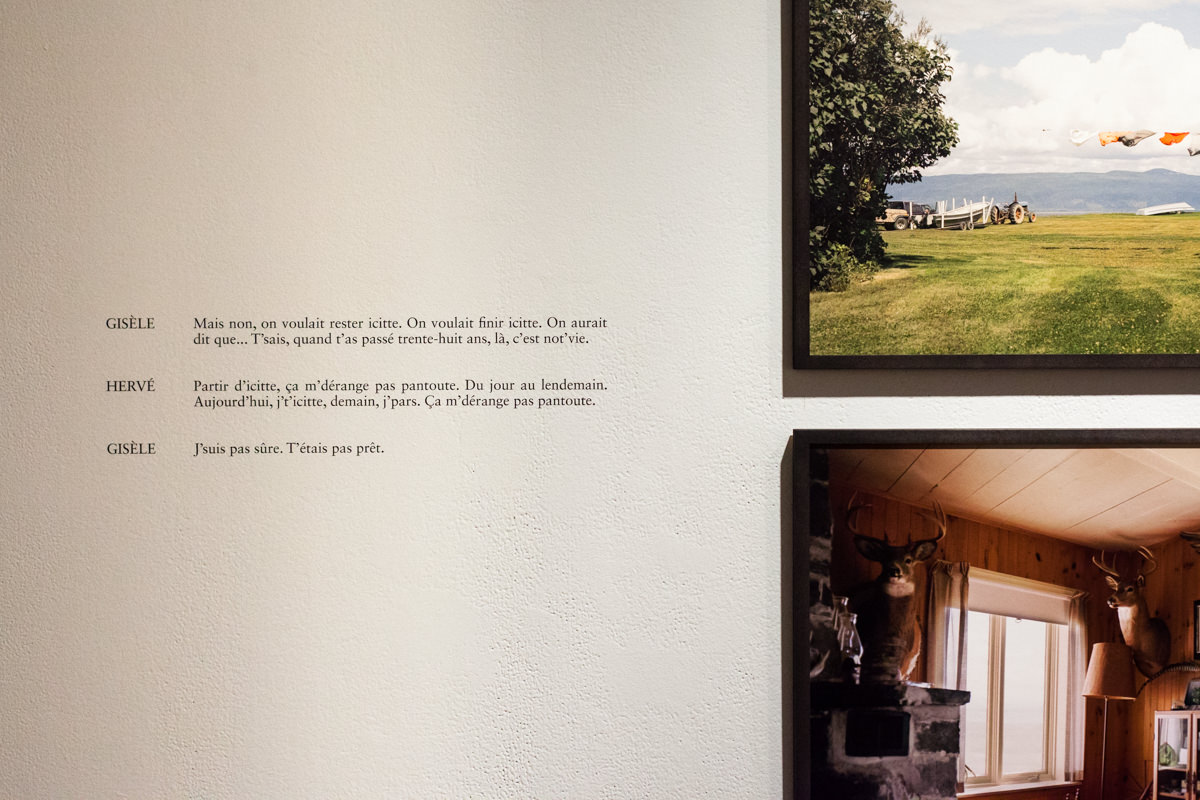 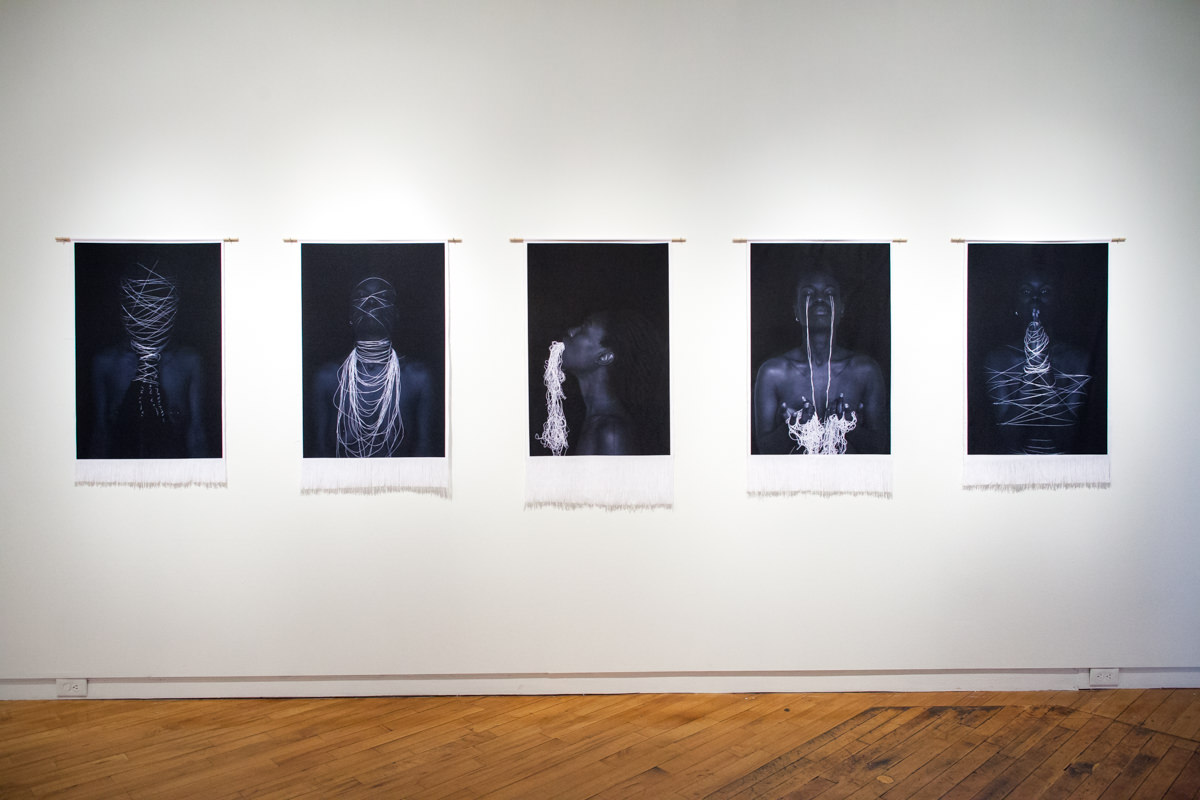 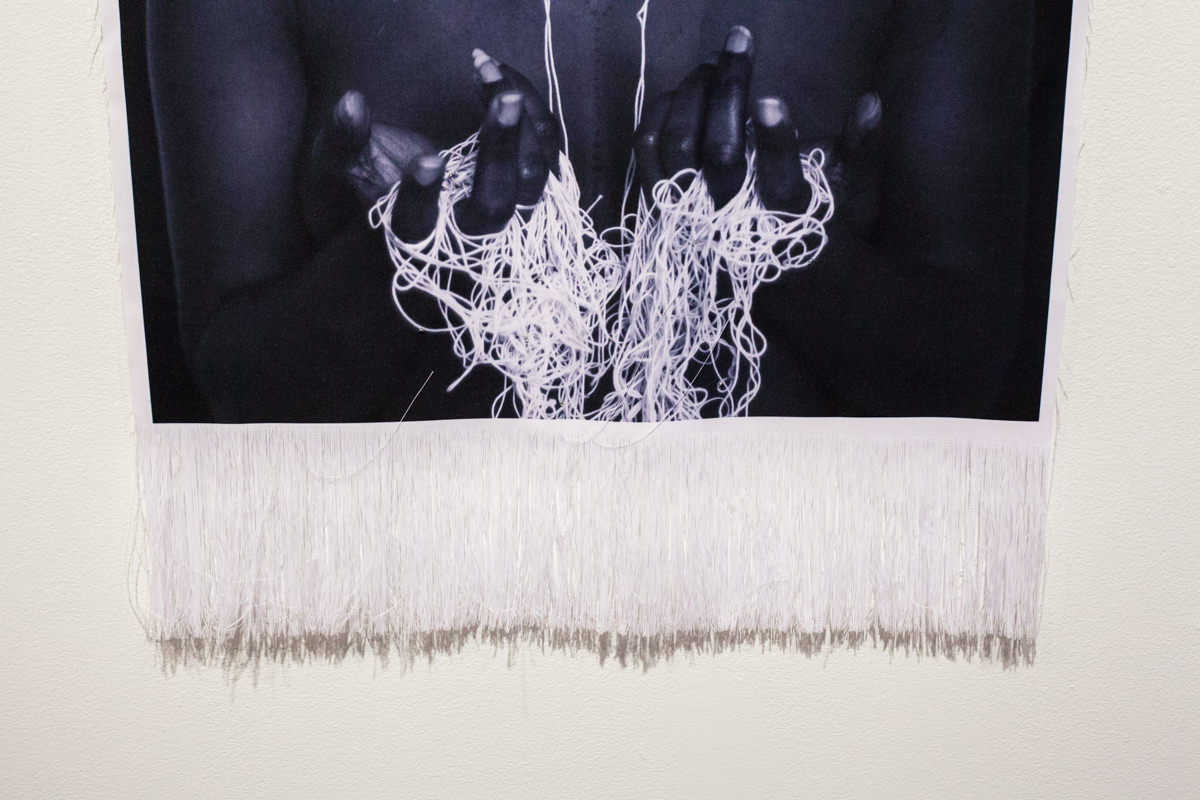 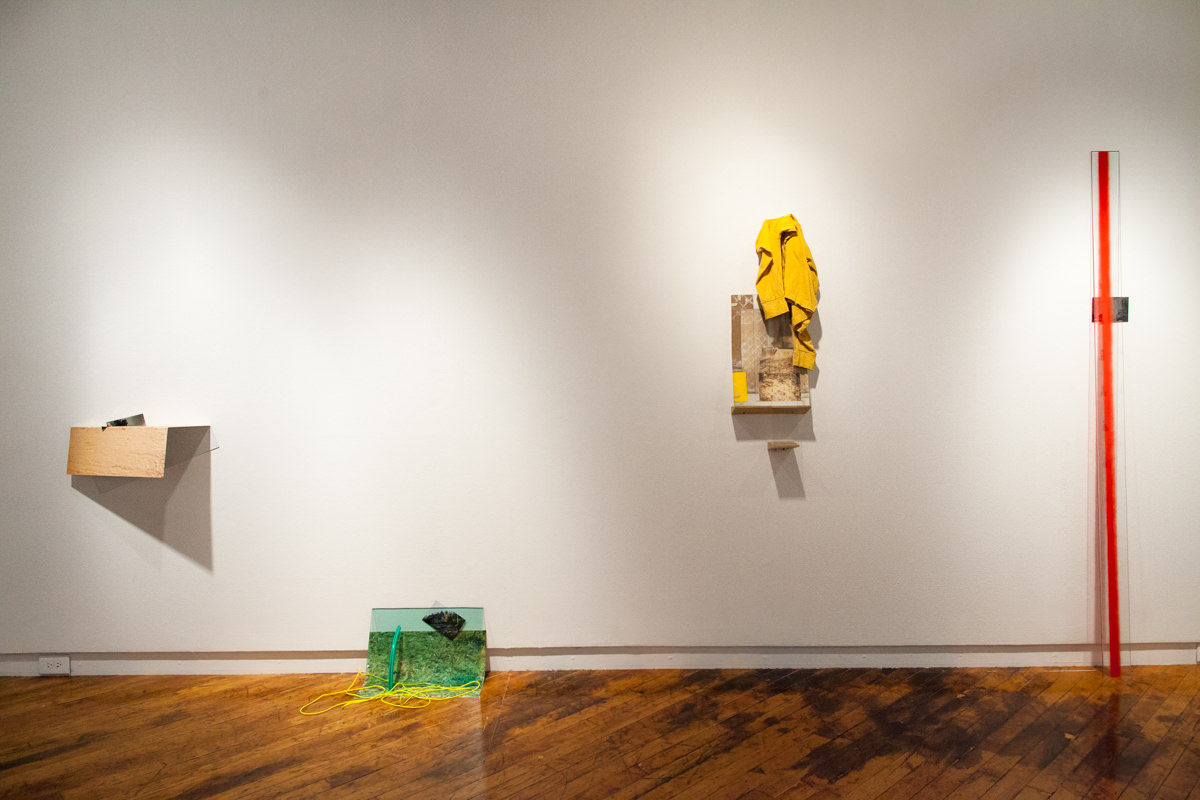 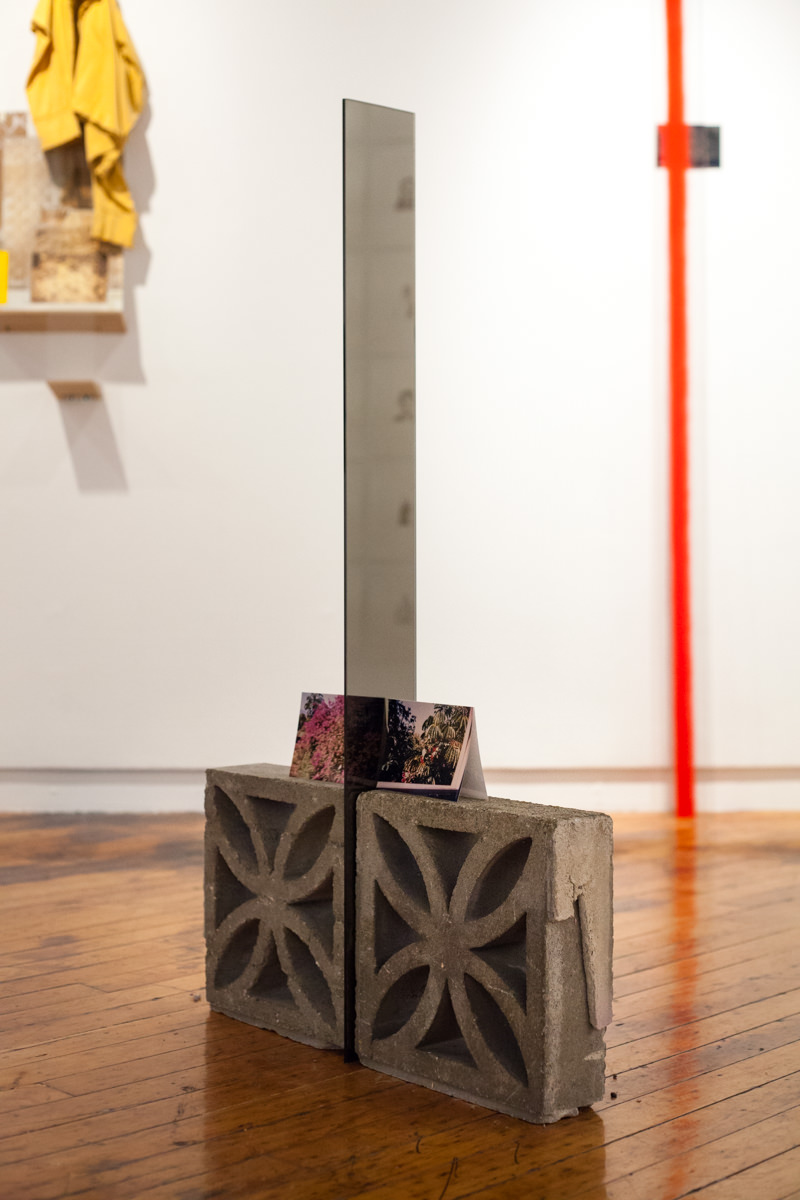 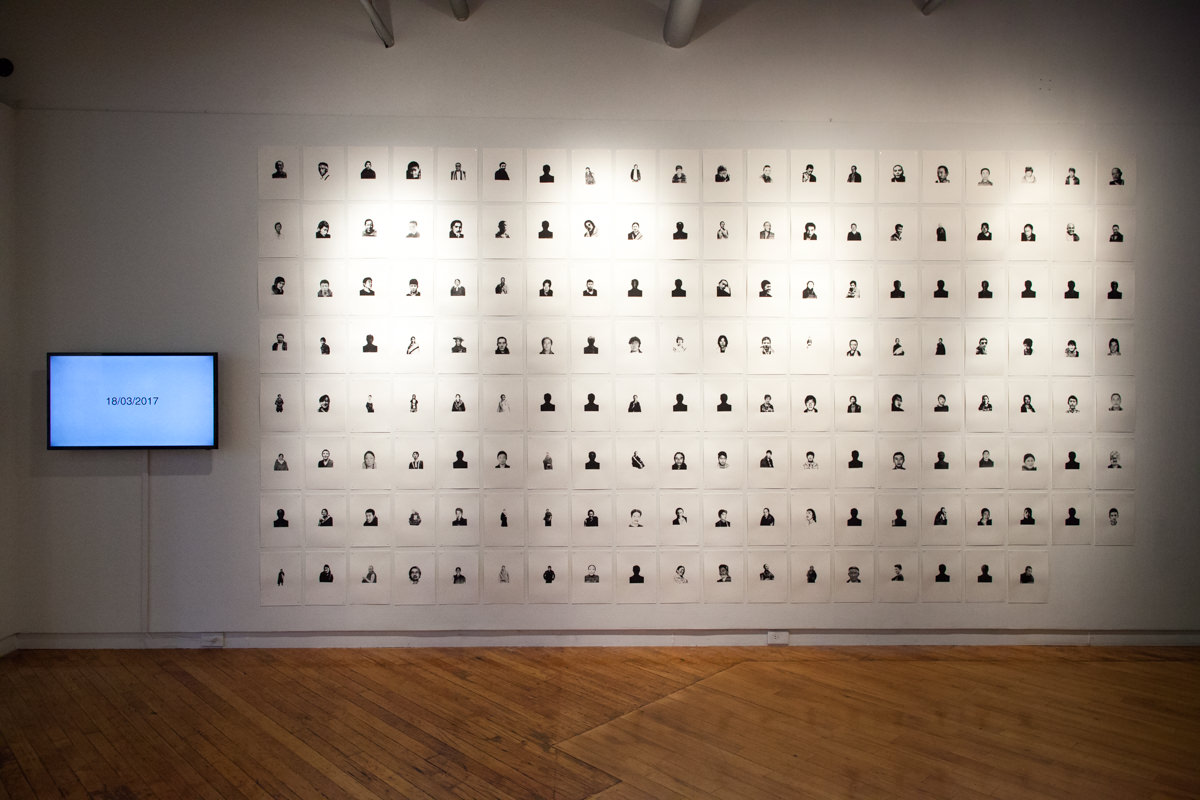 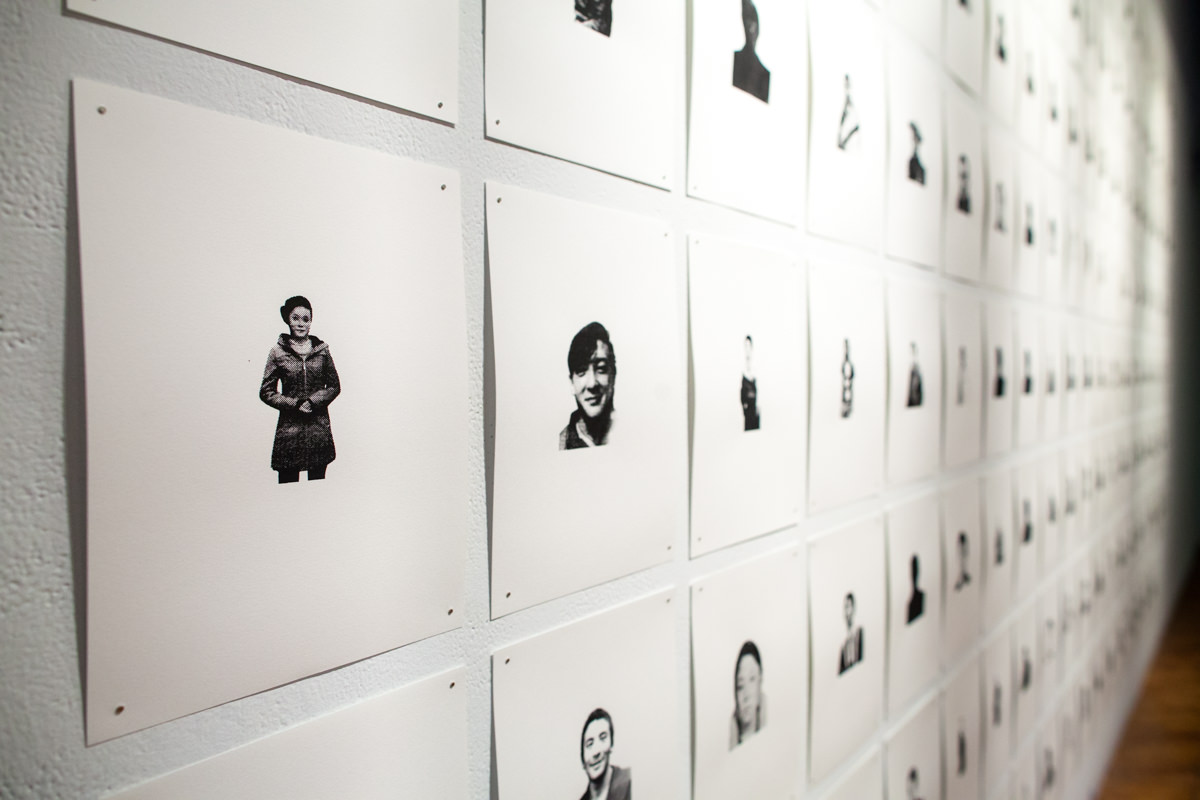 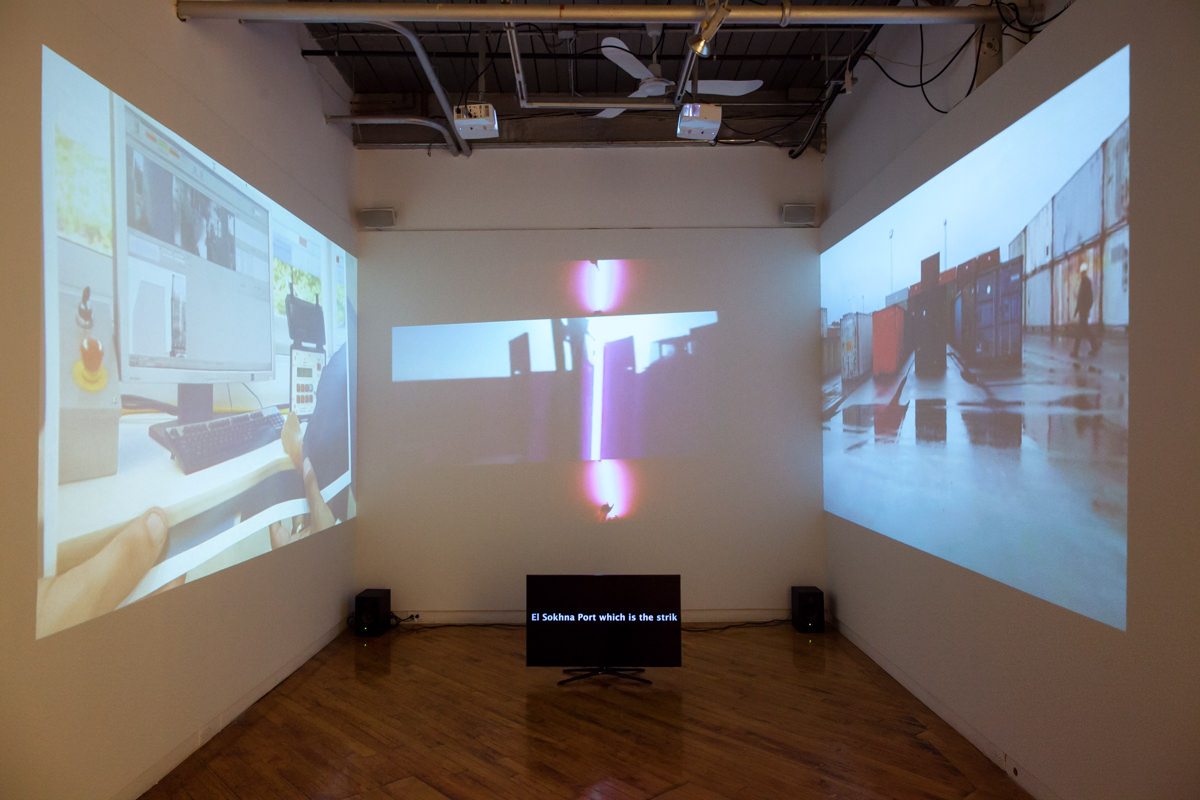