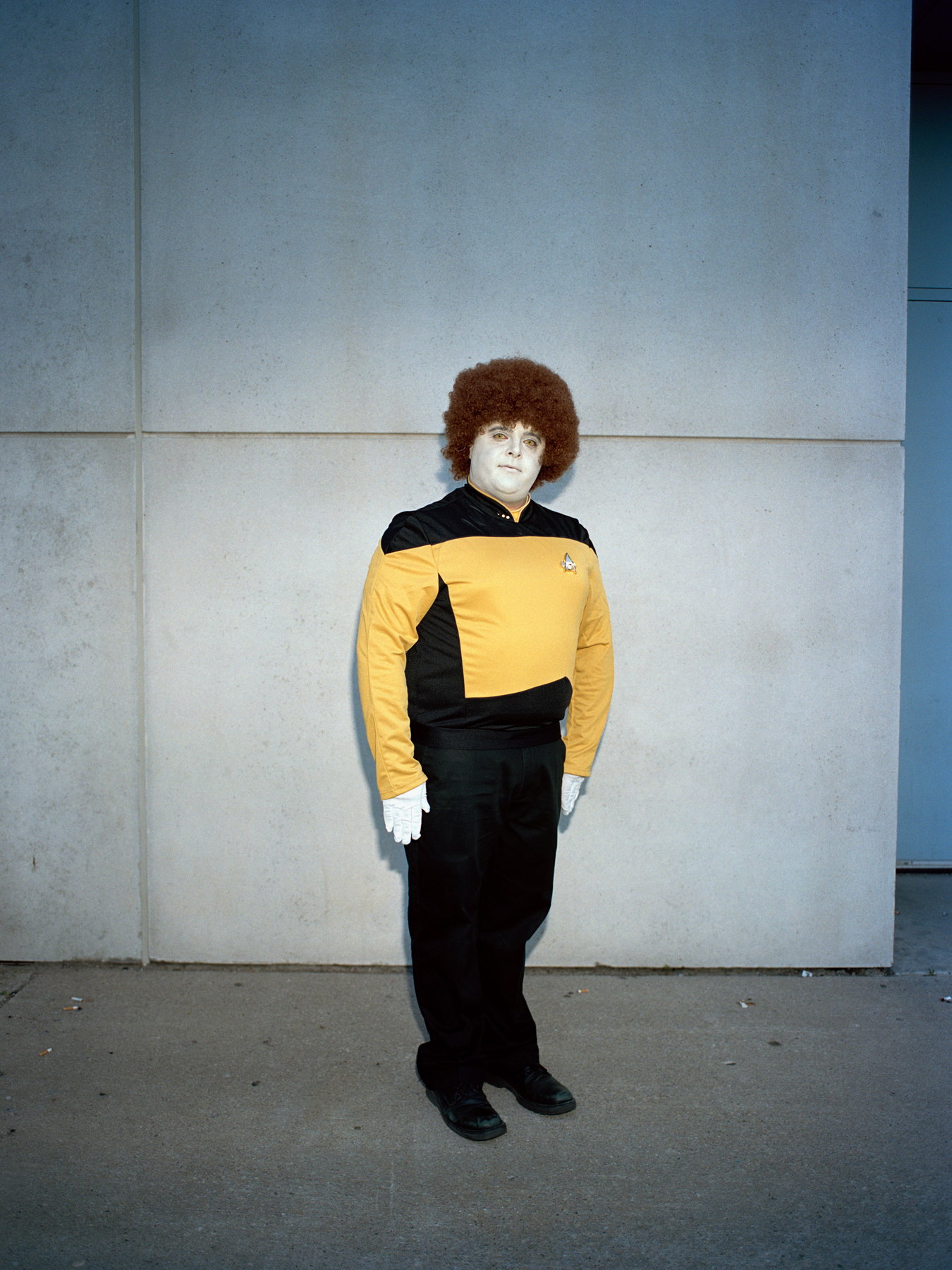 No Costume is No Costume looks at the culture of cosplay and fan conventions, or “cons.” Attendees of cons use intricate costumes and makeup to transform themselves into fictional characters from anime, sci-fi, and popular culture. The portraits in No Costume is No Costume are less about disguise and illusion but instead focus on the people behind the characters, catching them in quieter moments of rest or waiting—moments when they are not “on."

Vuk Dragojevic is a Serbian born documentary and editorial photographer and filmmaker based in Toronto. He holds a BFA from OCAD University and has shown work in Canada, Italy, England and France. Two recent projects are The Path of Totality, a short documentary in which he travels across the United States, tracing the path of the “Great American Eclipse,” and The Quarantine Hotline, an ongoing “pandemic audio time-capsule.” 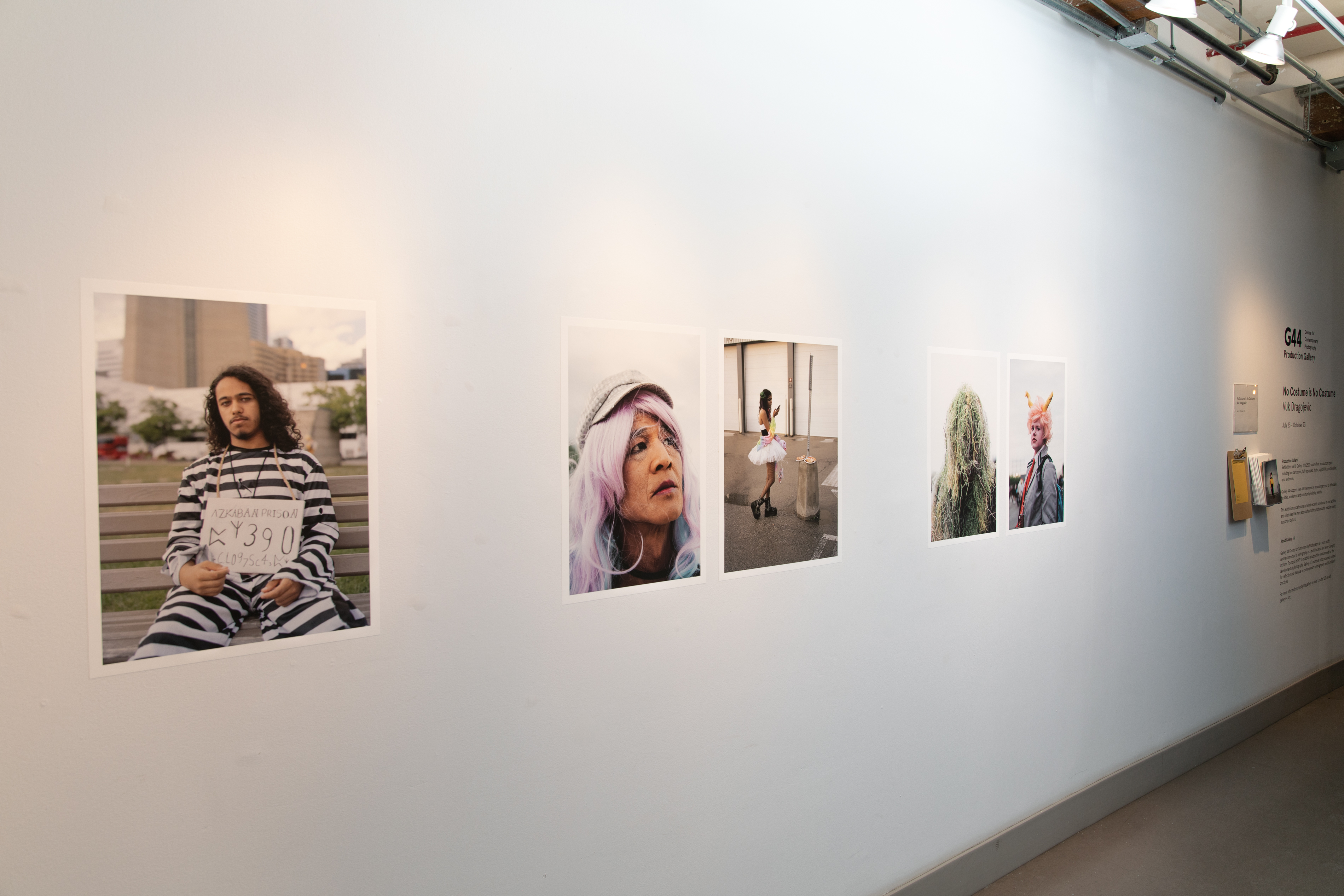 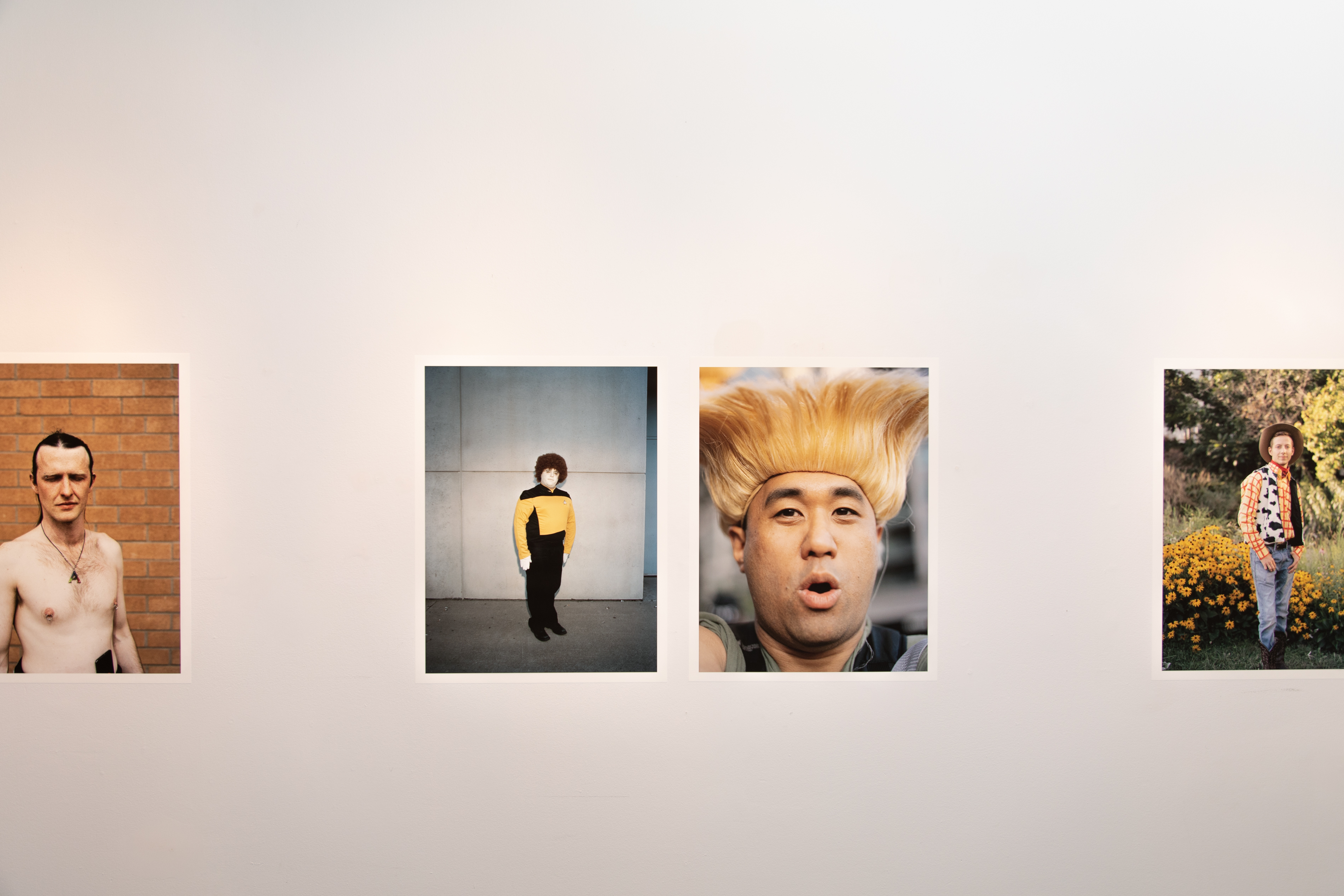 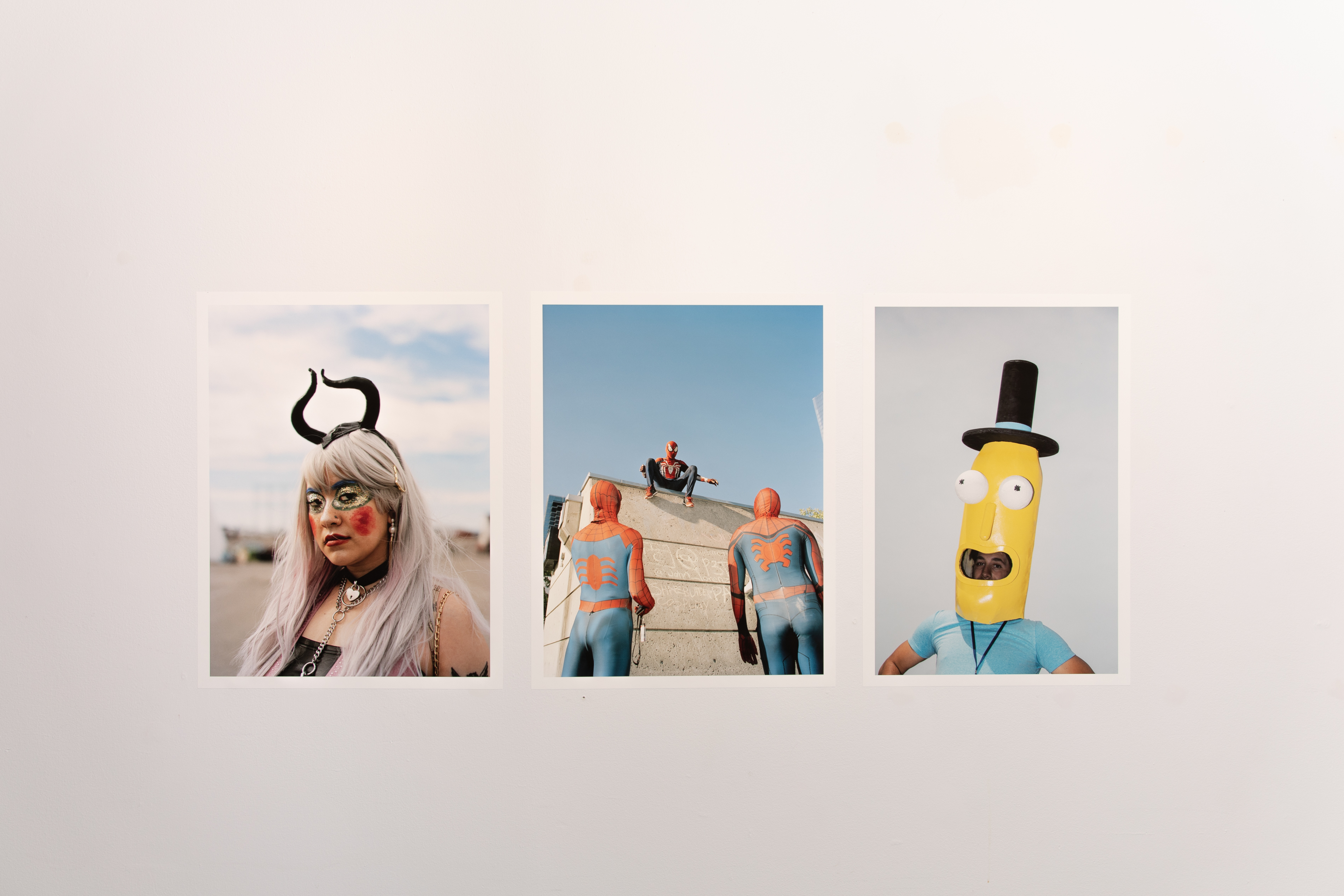 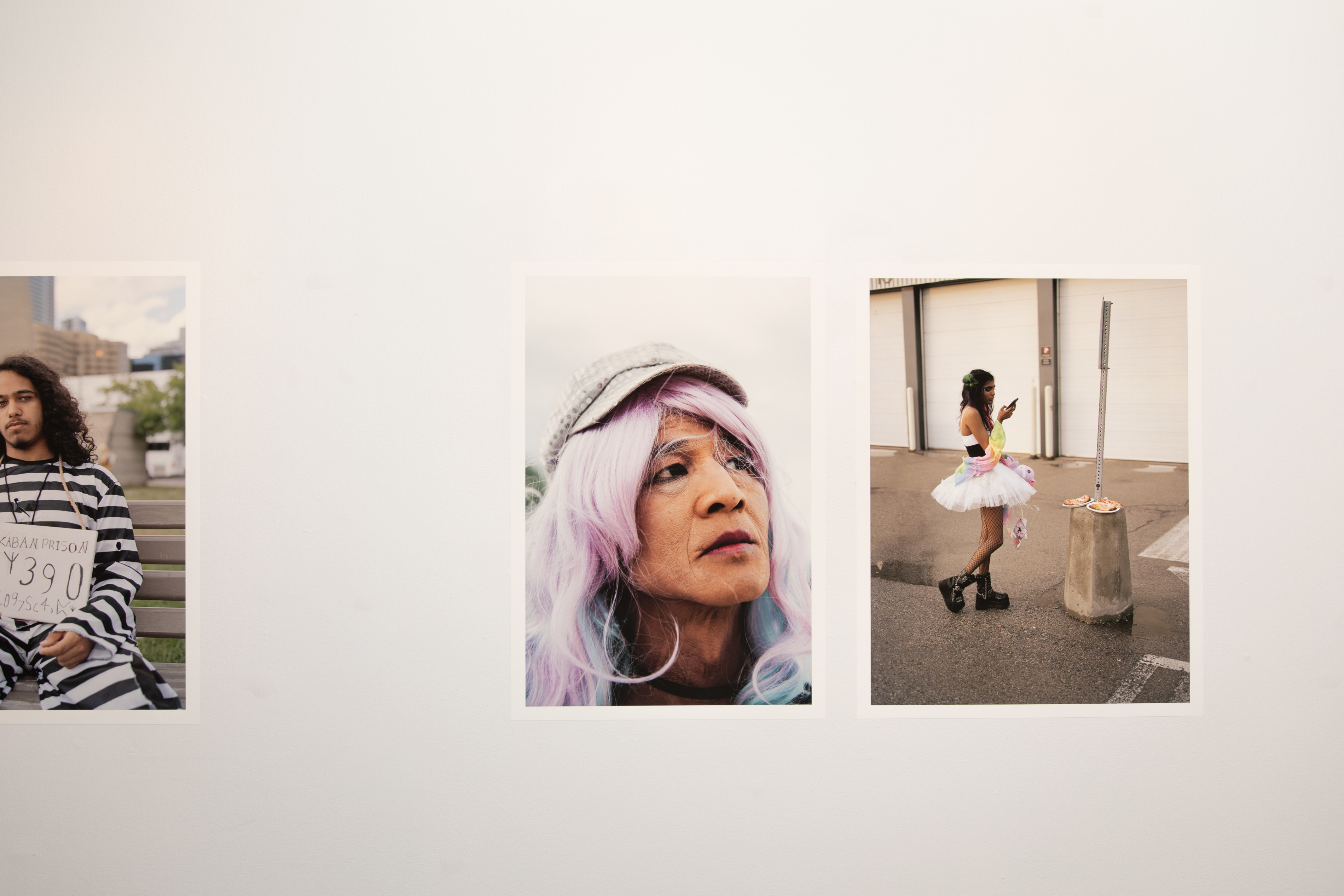 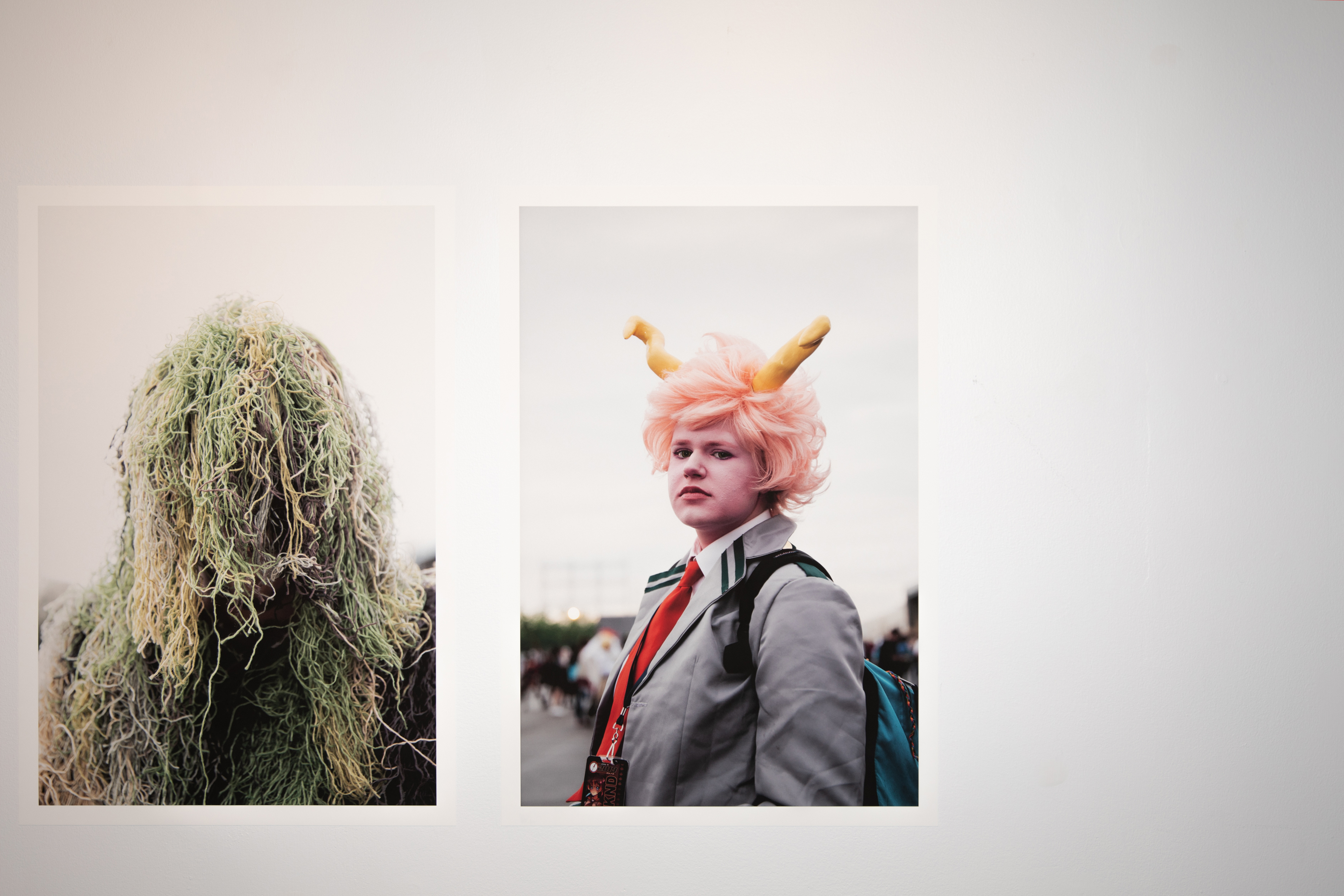 Vuk Dragojevic, No Costume is No Costume, photo documentation by Darren Rigo at Gallery44 (Toronto), 2021.