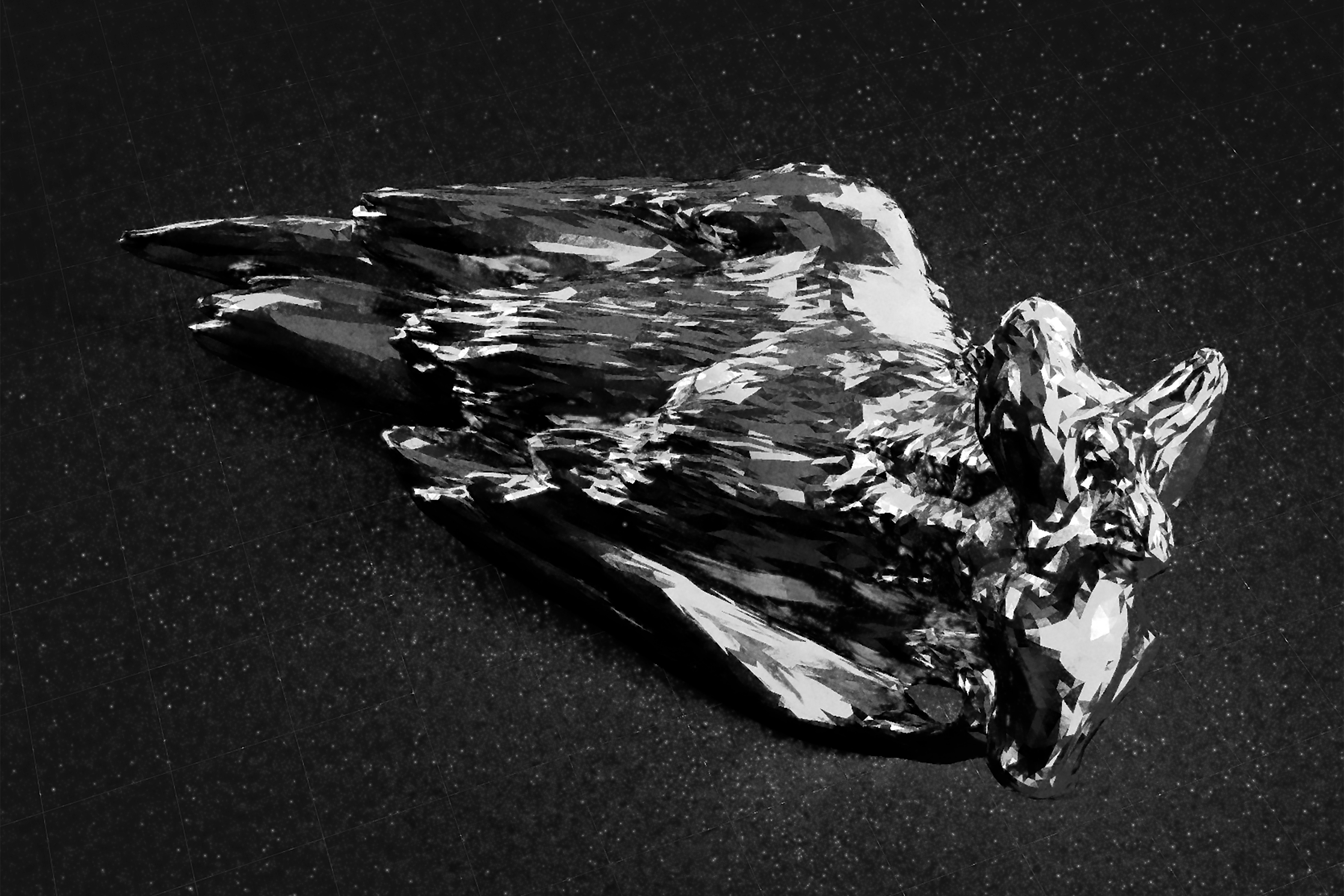 This exhibition, Nour Bishouty’s first solo show in Toronto, centres on an oil painting made by her late father, Ghassan Bishouty, in Amman in the early 1980s. Nour is no stranger to her late father’s work, returning to it consistently over the years, posing questions around cultural value, personal and artistic legacies. This time, the artist takes Al-Wadi, an orientalist-style painting of a Bedouin landscape in Jordan as a point of departure to explore unregulated systems of mapping and legibility. In Nothing is lost except nothing at all except what is not had, the artist engages in a process of intentional obscurity with the painting to consider the idea of misunderstanding as a productive lens—intertwining and unfolding objects, images and ways of seeing. Replication, expansion, extrapolation and modification are used as interventions to redirect our lines of inquiry into unchartered horizons.

By suggesting spectres of absence and presence, the exhibition troubles our assumptions of awaited resolution or structured narration. The title of the show is borrowed from Gertrude Stein’s essay ‘Composition as Explanation’ which explores the “prolonged” and “continuous” presents in the structure of compositions. By proposing or suggesting new lenses through which to read the painting, Nour’s work extends its temporal register and simultaneously questions the stakes involved when re-orienting and re-settling it into contemporary contexts.

Download Intergenerational Dialogue and Late Style in the Palestinian Diaspora a response by Tammer El-Sheikh here.

Nour Bishouty (b. 1986 Amman, Jordan) is a Canadian visual artist of Palestinian heritage working in a range of media including works on paper, digital images, sculpture, video, and writing. Her practice engages familial and material narratives to explore colonial legacies and pose questions around dissonance, opacity, legibility, and the generative possibilities of misunderstanding. Bishouty’s work has been exhibited in Canada and internationally including the Museum of Contemporary Art (Toronto), Access Gallery (Vancouver), Darat Al Funun (Amman), the Beirut Art Centre, Casa Arabe (Madrid & Córdoba), and the Mosaic Rooms (London). Her artist book, 1—130, a meditation on displacement, archives, memory, and Palestine, was co-published in 2020 by Art Metropole, Toronto and Motto Books, Berlin.

Toleen Touq is a curator, cultural producer and facilitator working between Toronto, Canada and Amman, Jordan. In Amman, she is co-founding director of Spring Sessions (2014-ongoing), a yearly residency program that brings together artists, researchers and cultural practitioners in a collaborative and experiential learning environment. She co-initiated The River Has Two Banks (2012-2017), a multi-disciplinary platform that addresses the historical, political and spatial relations between Jordan and Palestine. In Toronto, she is artistic director of SAVAC, a nomadic artist-run organisation dedicated to presenting and developing the work of racialized artists and cultural practitioners. Her writings have been published with Ibraaz, Sternberg Press, A Prior, Manifesta Journal and others.

A conversation with Nour Bishouty, Monica Basbous, and Jumana Manna

A conversation with Nour Bishouty, Monica Basbous, and Jumana Manna 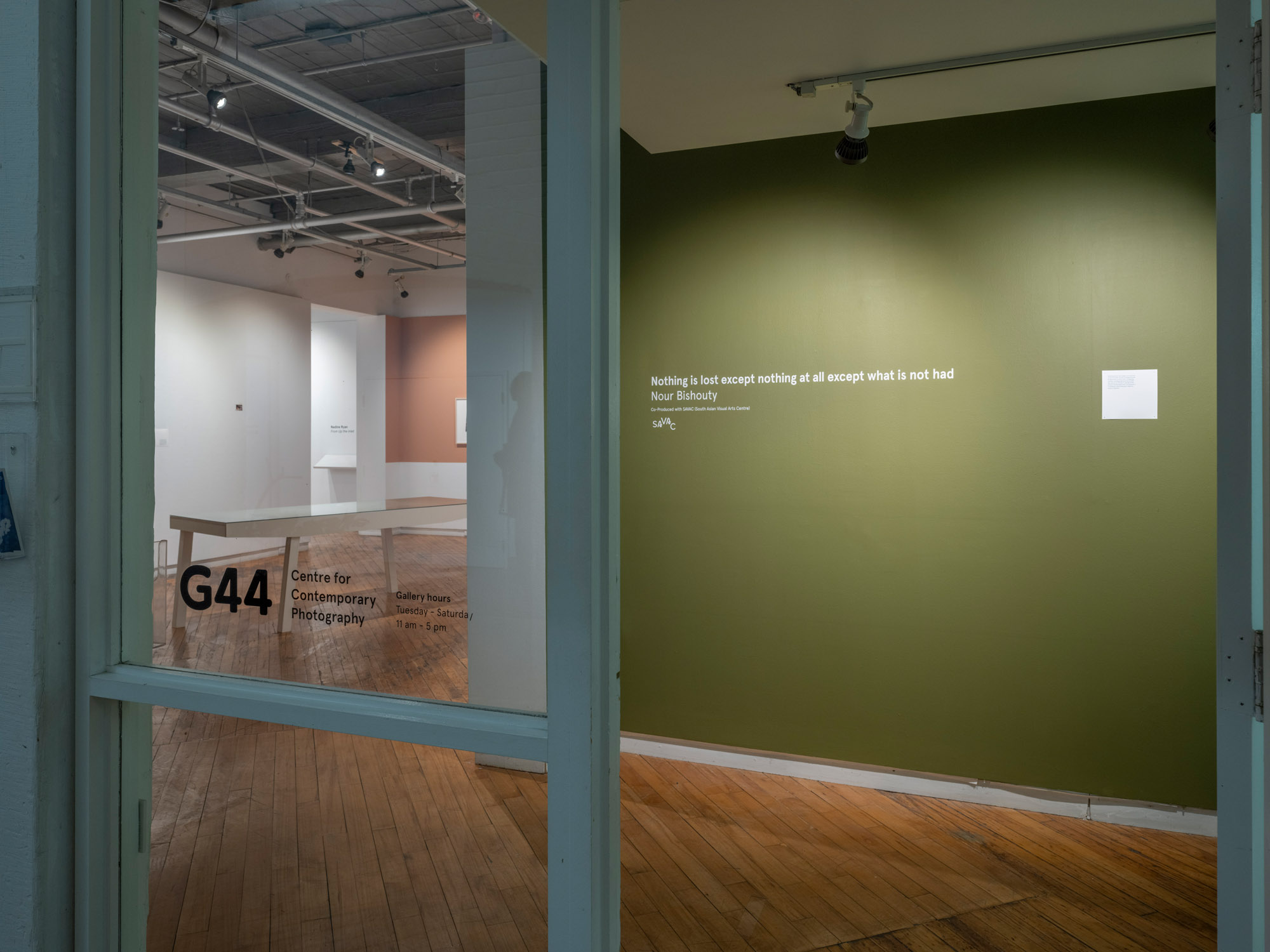 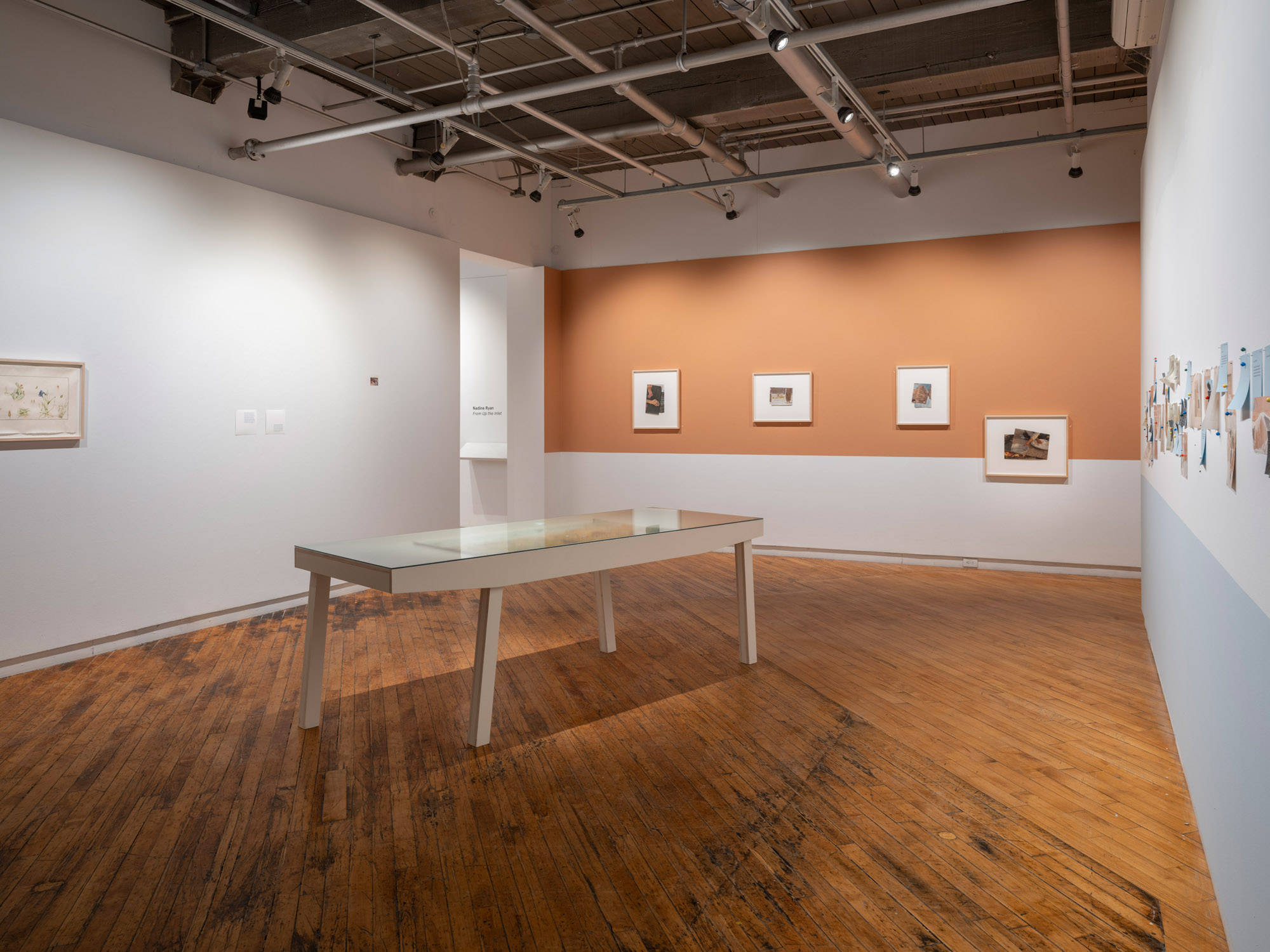 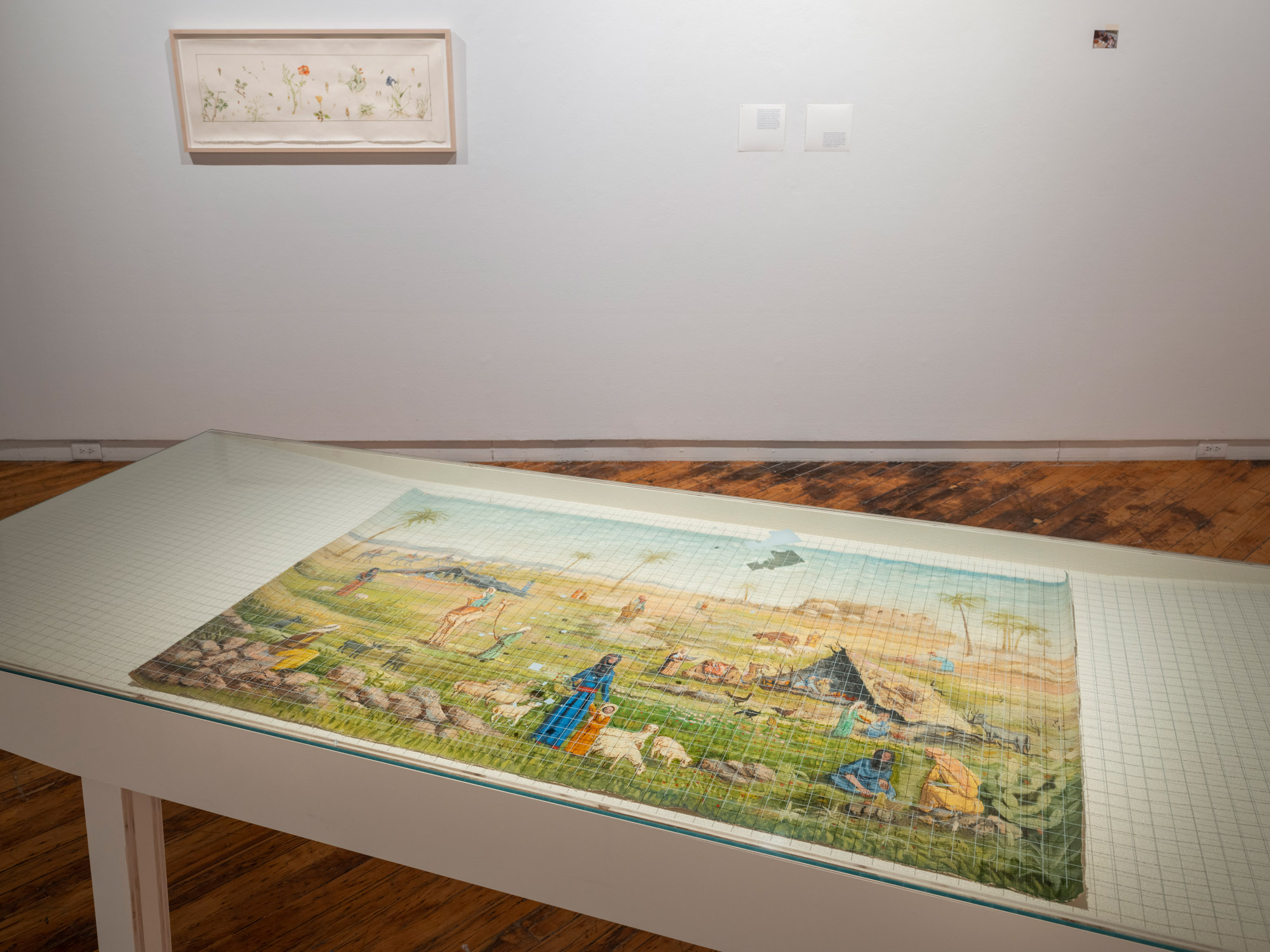 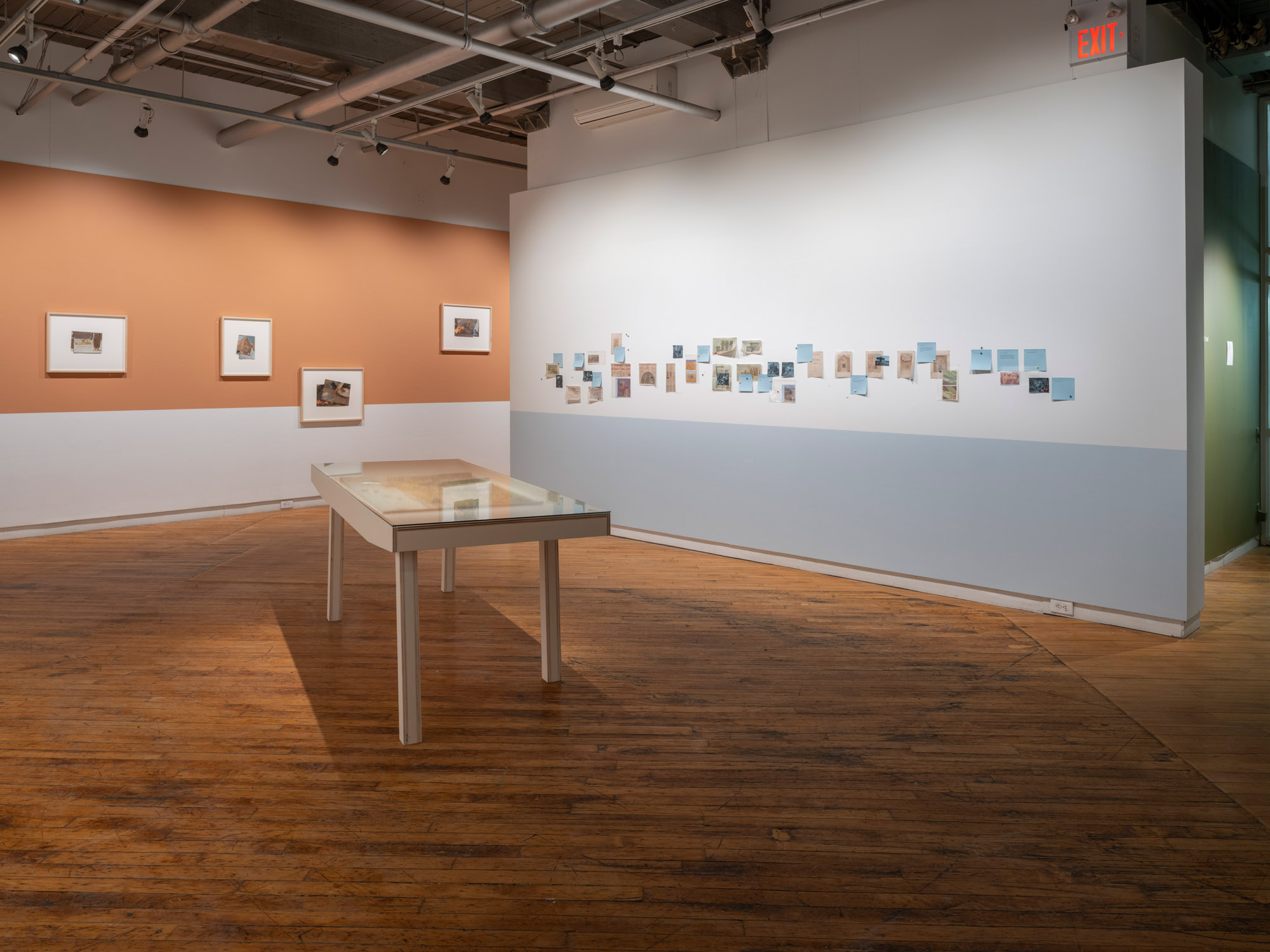 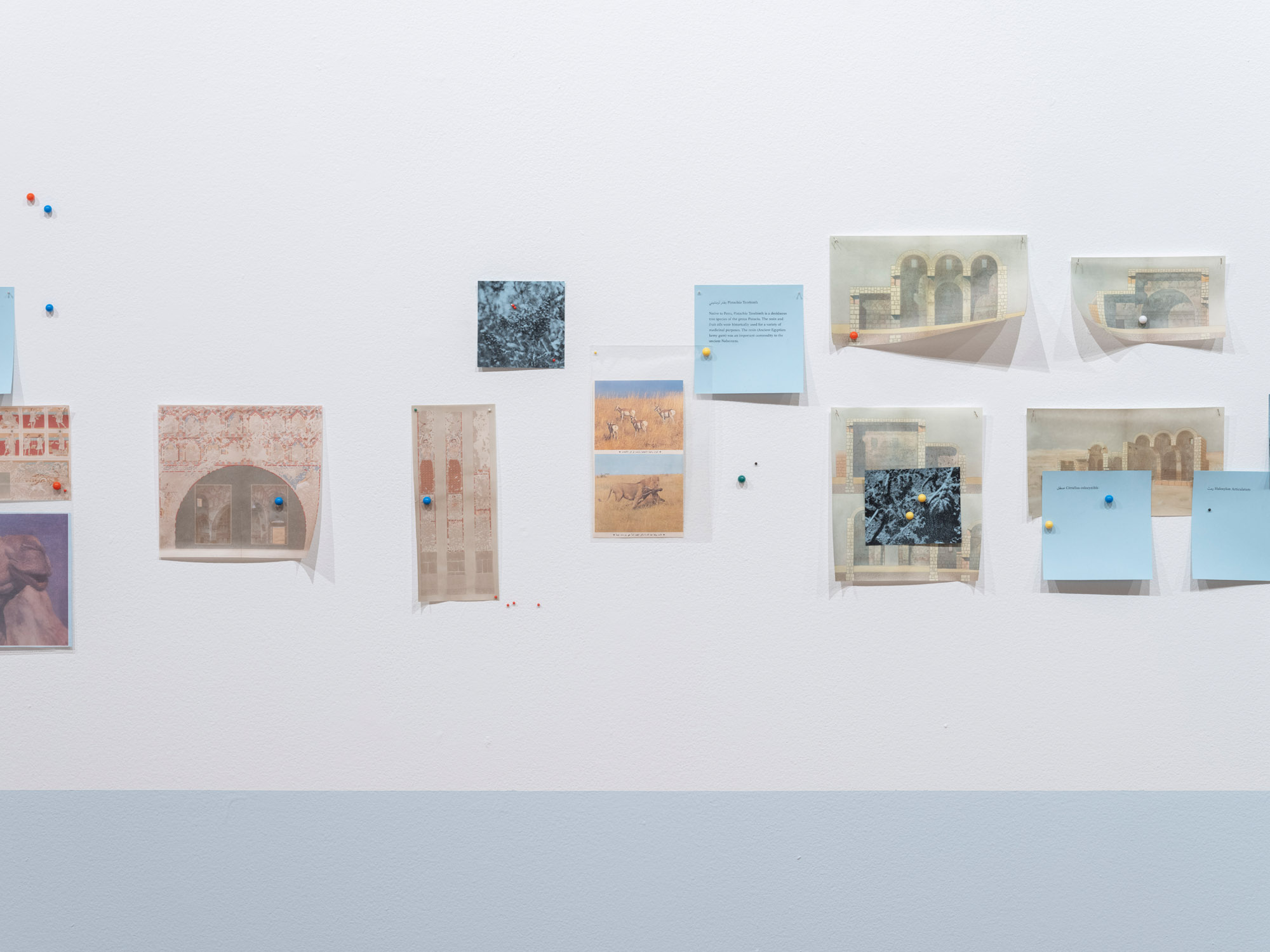 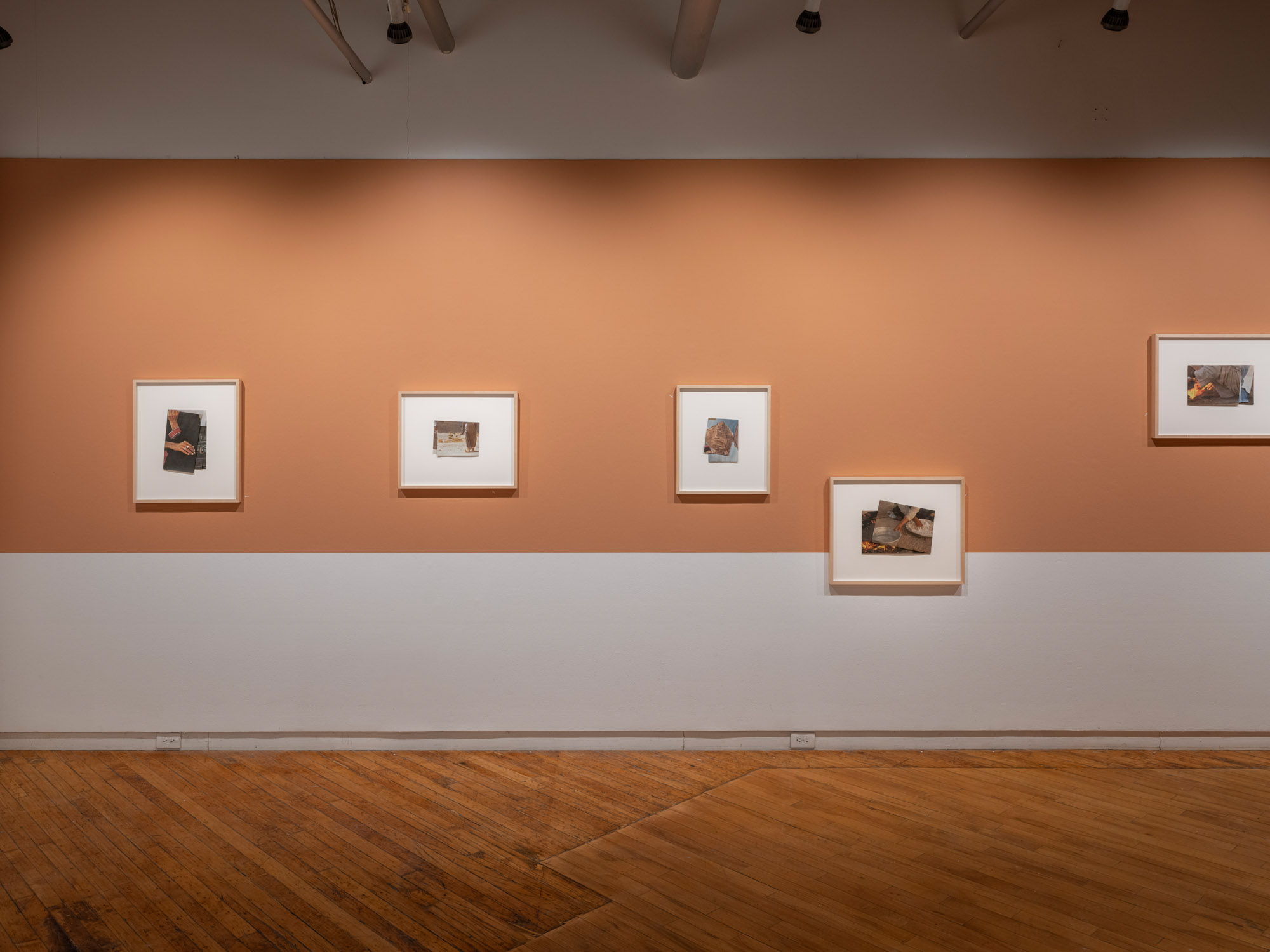 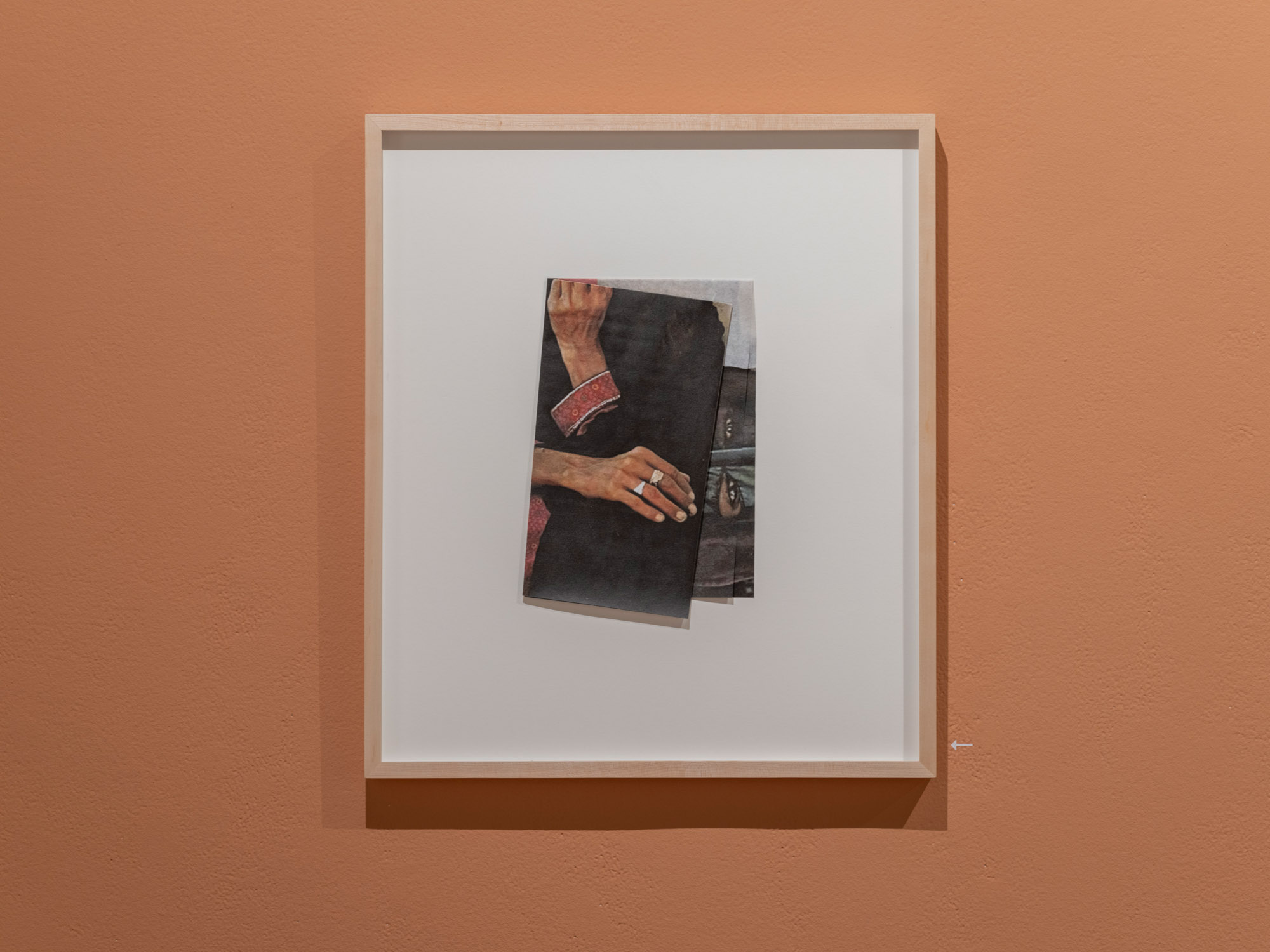 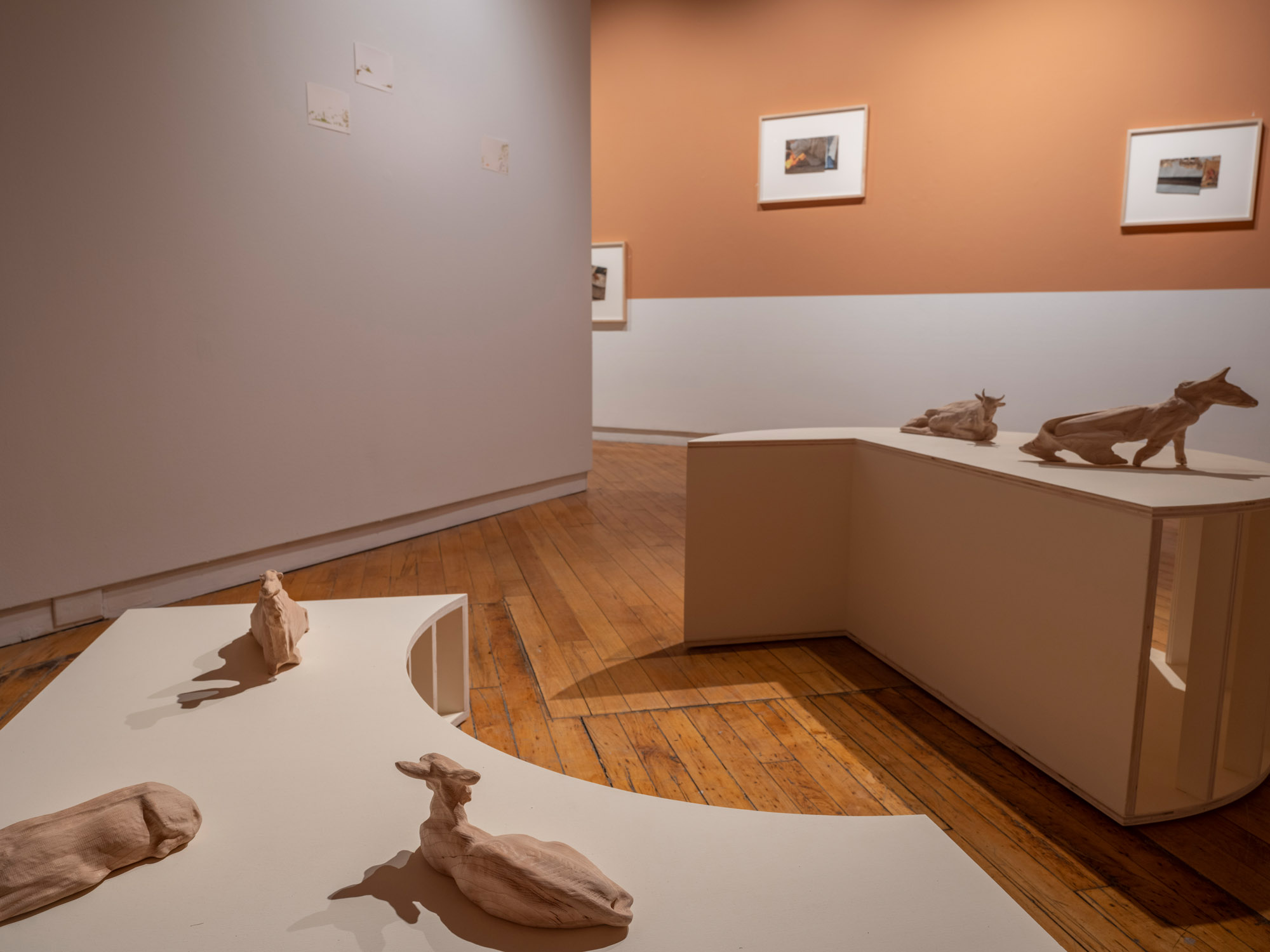 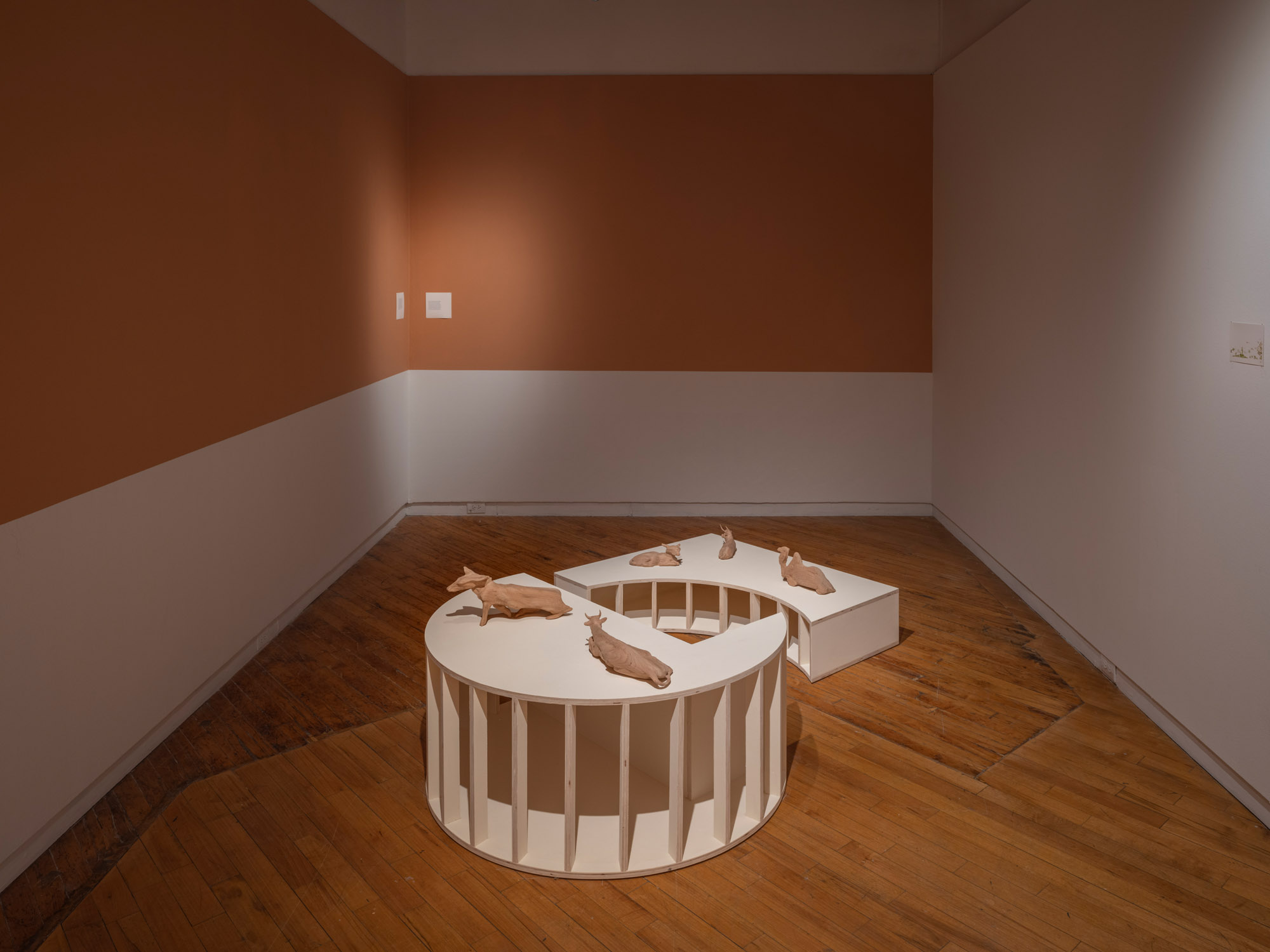 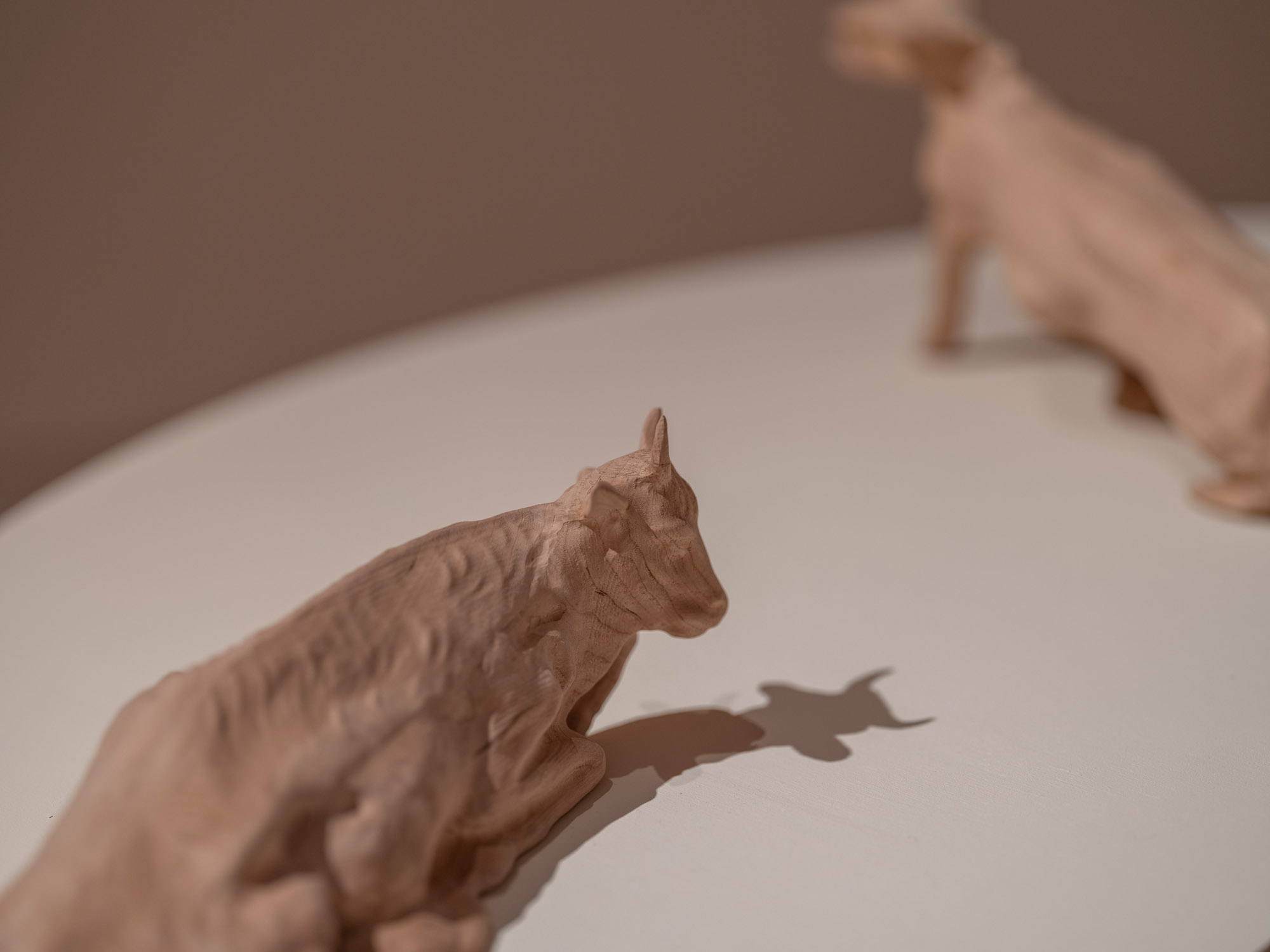 Nour Bishouty, Nothing is lost except nothing at all except what is not had, photo documentation by Darren Rigo at Gallery44 (Toronto), 2022.