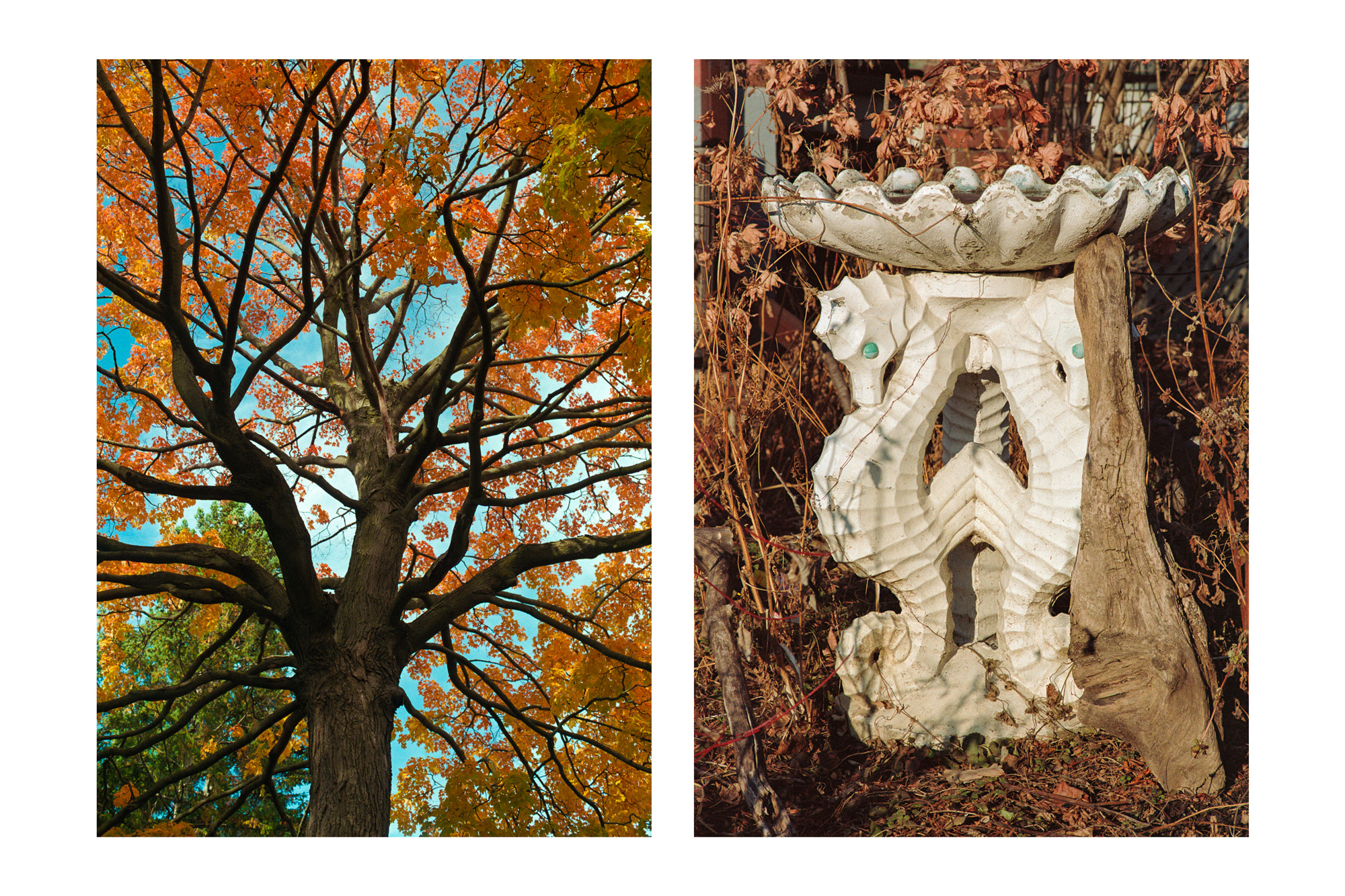 Ali Bosworth’s project Random Pairs uses a computer script to pull two images at random from his extensive, diaristic archive of photographs. With unique pairs counting in the millions, its likely that each two images you see have never been placed side-by-side before.  Looking at each new diptych, its uncanny how deliberate the pairings start to seem: an image of daisies comes up alongside a woman in a floral shirt or in another, an image of a Y-shaped standpipe connection mirrors the butt-to-butt standing arrangement of two identical mules. These connections we start to make point to our inherent drive to visually organize our world. As you scroll through multiple pairings however, you begin to get a sense of Bosworth’s personal vision as a photographer. Bosworth’s partner, centre framed objects, flowers, downward perspectives, architectural details, signage and cats all make regular appearances. Each photograph represents a deliberate choice, and only by contrasting that selectivity with randomness is the eye of the photographer truly revealed.

*Maximum of 5 people permitted in the gallery space at a time. Wear a mask at all times within the building. For more information, see our visitor guide.

‍Ali Bosworth doesn't just look at his surroundings. He examines them with eyes attuned through his on-going prolific output of images. His approach is simple and direct, relying on his practiced vision and curios mind to reveal and imbue his subjects with qualities most people would neither see nor even imagine when experiencing them first-hand.

While each and every one of Bosworth's images is a jewel and can be savoured as such, it would be a mistake to only view them in this manner. From one image to the next, there is consistency in his inventive compositions, his particular feeling for light, his sense of colour, and his ability to monumentalize moments. This consistency allows his image to work together visually as a larger, cohesive body of work that is speaking about something overarching. They can be seen as an intensely personal and vivid autobiography.

Nevertheless, this is not an autobiography that is transparent or easily read. It is full of ambiguity, questions to ponder and allegorical potential to be discovered and considered. Also, in spite of the fact that this is Bosworth's own visual journal, one cannot escape being reminded of one's own life and story when looking at it. Towards that end, this work brims with a raw beauty that serves to hold your attention long enough to begin unpacking its secrets and meaning. But, what Bosworth presents you with is so varied and complex, it requires much more than one viewing. To be able to see into an isolated moment in time is a magical thing. To be able to create work that makes that magic visible for others is both rare and important.

On the work of Ali Bosworth by Jim Breukelman