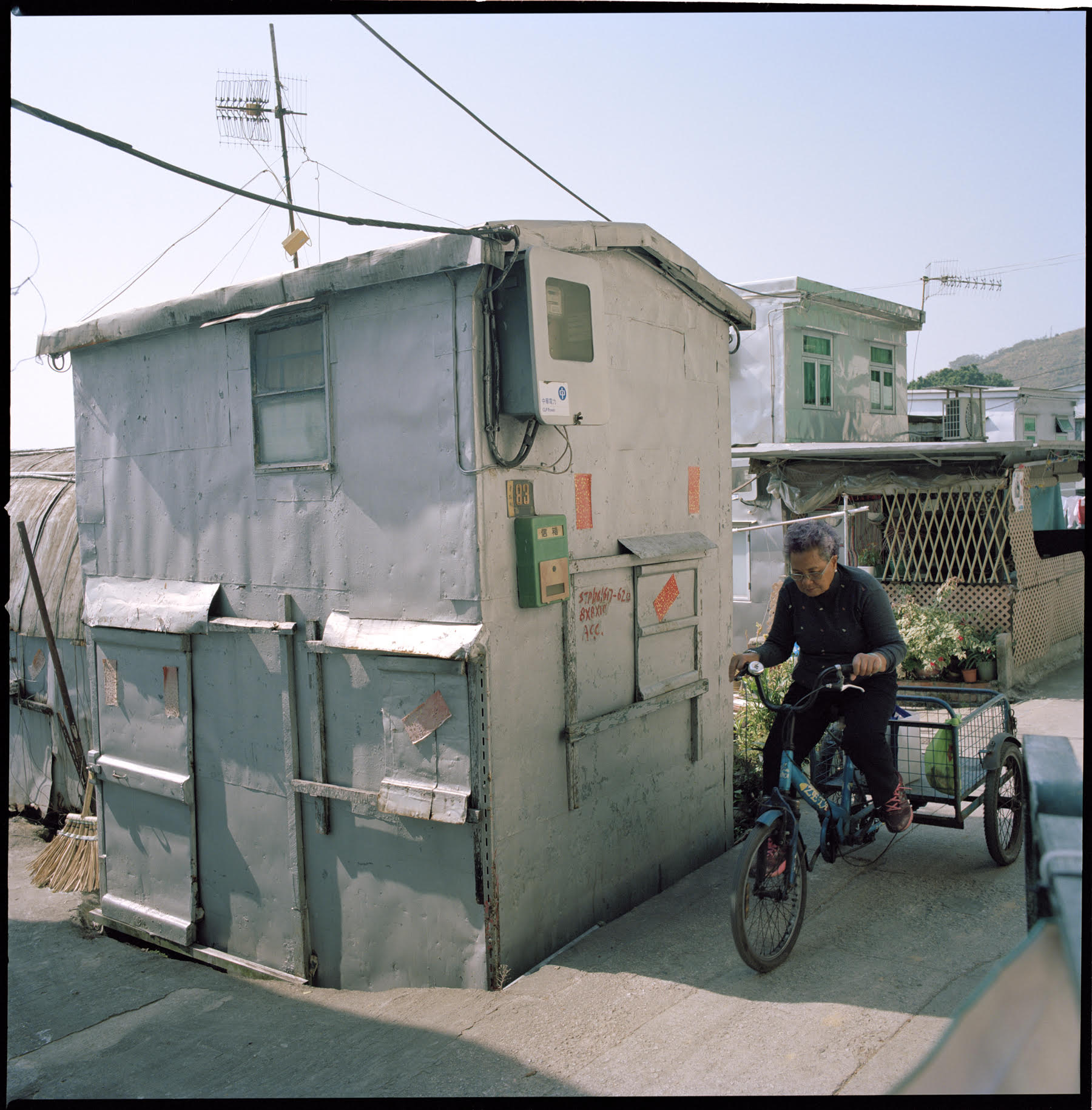 Tai O is a small fishing village in the New Territories region of Hong Kong, and Little Harbour is a small fishing village on the Isthmus of Avalon, in Newfoundland. Walking through the two towns, it's easy to assume that there is a similarity in tenacity and skills in the village residents that might be interchangeable between these two very different cultures and climates. The two villages have a number of similarities despite being on opposite sides of the world:

Both are still active in the fishery but appear to have experienced a steep decline.

Despite their sheltered harbours both show evidence, through their visually striking buildings, of their occasional harsh climate  – the extreme weather of the South China Sea, and the extreme weather the North Atlantic Ocean: Silver coloured metal to reflect the heat, and red-ochre painted clapboard, peeled by the snow and faded to silver by the sun.

The two villages, and especially their photogenic buildings, also share a modern day connection with tourism. Bus tours go to Tai O from Hong Kong, and the fishing stages and buildings such as those in Little Harbour often appear in Newfoundland tourism ads.

Whenever I photographed the fishing stages or wharves in Newfoundland, or saw other photographs of them, I felt the buildings were never done full justice, as far as showing their individuality or beauty as structures. Perhaps because they have been photographed so often and presented in a context related to promotion or tourism, I found it difficult to see the photographs as a simple record.  Other people likely feel something similar about the much-photographed buildings of Tai O.

My intention with these photographs is to try to see the buildings anew. By showing the component visual elements that make up our perception of the buildings in a more formal way.  And perhaps to see their beauty again or in a different way because they are lifted from a more familiar context.